What do 1948, 1967, 1973; in fact every situation of total war where the modern State of Israel was fully committed to victory; have in common? The God of Israel gave victory to the Jewish people.

“HaShem Ish Milchama…’’ God is the Lord of War (Exodus 15:3). This was sung by the Jewish people on the seventh day of Passover, after they crossed the sea, and after the God of Israel drowned the Egyptian Army in that sea.

Why do I remind you of this? Because of something that infuriates me.

In a statement published last Pesach, Sheikh Muhammad Hussein, Palestinian Authority Grand Mufti of Jerusalem, said that if Jews ‘’…hold Pesach (Passover), religious ceremonies on the Temple Mount…and continue attacks against the Muslim and Palestinian holy sites…it will turn the entire region into a ticking time bomb and cause a religious war, who’s results cannot be fathomed.”

Basically, he threatened war if Jews tried to fulfill their religious commitments. And, Temple Mount activists intend to re-enact the Passover Offering, again this year, as the do every year.

In fact, every red-blooded, living, committed Jew desires the return of the Bet HaMikdash – the Holy Temple, the House of God – on the Temple Mount in Jerusalem. But even before that, Korban Pesach, the Passover Offering, can be brought. There are no halachic – Jewish Law – problems, to prevent it from being carried out properly. Every year at the Passover Seder – as a reminder of Korban Pesach – we substitute the Afikoman at the end.

But we could be doing the real thing, what God commanded Jews to do in the Torah!

I find it a joke, when Arabs, Muslims, Palestinians, ISIS, Iranians, etc. regularly threaten a religious war, as if that isn’t what’s been going on already, since the beginning of Zionism, Kibbutz Galiyot – the prophesied return of the Jewish people to the Land of their forefathers, the Land of Israel – and with all of Israel’s wars.

Whether Jews of little belief understand it or not, every stabbing, every shooting, every act of terror and war by Arabs and Muslims against Jews, is a part of a long religious war taking place. That’s how they understand it.

Well, let me tell you, there are Jews who understand this too!

AND, YOU DON’T SCARE US WITH YOUR THREATS!

“…A religious war, who’s results cannot be fathomed,” Hussein quipped. Well, we know what the results will be, just like every other war against the State of Israel, victory for the Jewish people again. “The beginning of redemption comes through wars” (Megillah 17b).

This is the same Sheikh Hussein, who declared back in August 2016, that the entire city of Jerusalem belongs to Islam and the Arabs, and must be defended against the Jews. Hussein asserted then that “each floor of the holy city, every remnant of the city, and every centimeter, attest to the fact that it is an Arab and Islamic city, whose roots lie deep in history and culture.”

So, we’re familiar with his constant rewriting of history, lies and incitement to violence. Other PA leaders from Abbas on down, have mouthed these lies also, even claiming ridiculously, to be Canaanites or Philistines. But, everyone in the world knows Jerusalem is the capital of the Jewish people, whether they like to admit it or not. America, to their credit, recently admitted it.

What prompted this outburst of the mufti last year? And probably this year too. The mere attempt to re-enact Korban Pesach – not even the real thing – by the Temple Institute and other Temple Mount organizations, near, but not on, the Temple mount in Jerusalem.

Maybe we should be bringing the real Passover Offering, instead of just re-enacting it?

As thieves and occupiers of someone else’s inheritance, the so-called Palestinians, rightfully fear the process of history unfolding in our days. Their Islamic lies, their claim of God’s rejection of the Jewish people, are regularly being proven false, by the ongoing redemptive process of Israel, taking place today.

The Korban Pesach, I might add, represents complete faith in the God of Israel and his redemptive process and total rejection of any fear of the gentile. In Egypt, sheep were worshiped, yet the Children of Israel were commanded by God, to tie up sheep in a publicly visible way, so that the Egyptians could see what was happening to their “god.” Then later to sacrifice and roast the sheep, for the first Pesach Seder, to show the complete impotence of the Egyptian god. The next day, the Jews left Egypt in broad daylight, heads held high, so that the whole world could see Israel’s redemption.

The Egyptians could do nothing to stop them.

The same is true today, of the current redemptive process taking place; the Arabs, the Muslims, Iran, Hezbollah, Hamas, the EU, the UN, no one can stop it. Rewriting history, lies, terror, war or threats of war, will not stop the forward march of the Jewish people toward their destiny.

The God of Israel, wants all his creatures to live in peace, and create a world of good, but not at any cost, evil must be vanquished first.

Faith In The Future 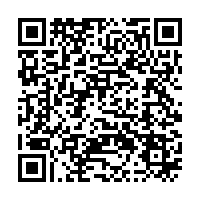