Waititi’s father is Māori of Te Whānau-ā-Apanui and his mother is of Russian Jewish heritage. Waititi has used his mother’s surname, Cohen, for some of his work in film and writing.

Scarlett Johansson’s father is an architect from Copenhagen, Denmark, and her mother comes from an Ashkenazi Jewish family of Polish and Belarusian descent.

The film is set during World War II and centers on a young German boy who discovers that his mother is hiding a Jewish girl in their home. Waititi wrote the script and will produce together with Carthew Neal and Chelsea Winstanley. Production is expected to start this spring, according to Variety.

In January 2014, the Israeli company SodaStream, which makes home-carbonation products, hired Johansson as its first global brand ambassador, which began with a TV commercial during Super Bowl XLVIII on February 2, 2014. A controversy ensued, since SodaStream was based in Judea and Samaria, but Johansson did not quit the campaign before her contract ran out.

SodaStream is Proud to Say ‘Made in Israel’ [video] 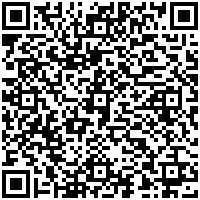