Stanley Fischer is the head of the Bank of Israel. As such, he is the government appointed goon in charge of money printing. In his infinite wisdom, he is supposed to know exactly what the supply of money should be, because he’s purportedly a chacham she-ein kamohu – a crazy genius who has a pulsating brain and somehow knows these things. Or maybe God comes to him in his sleep and tells him how many shekels should exist and how much he should print and when.

Or maybe he’s just some guy who has no idea what he’s doing, given a power the equivalent of an economic nuclear weapon, something that no one man should ever, ever have.

Stan the Super Shekel Man recently came out with an announcement that he would be quitting his post early. Aside from the speculation as to why (I think it’s because he knows there will be an unstoppable economic tsunami in the next 3-5 years and he wants to duck out early and quit while he’s ahead), I have seen nothing but wall to wall praise for this central planning money printing soviet-style currency czar. Sure he’s kindly, has a sweet voice, an endearing Zambian accent, cutely mixes up male and female in his Hebrew grammar all the time, and the Israeli economy didn’t totally collapse in 2008 so everyone assumes the money master is responsible for saving us all from destitution. But this is all a big, sad, sorry myth.

Let’s break it down.

Let’s step aside for a moment from the persona of Stan the Man himself. He as a person is not the main problem. As I said, he’s a nice guy. The main problem is the very system of central banking that give men like him inordinate power over all of our economic lives, a power which, once you realize the scope and consequences of it, can make you dizzy.

Imagine for a moment two national economies. One where the supply of shoes and their price is controlled by one man and anybody else who manufactures or uses shoes besides him goes to jail, and another where the supply of shoes and their price is controlled by the free market, meaning a myriad of entrepreneurs freely importing and exporting shoes based on the demand for them by customers. In a free market where anyone can manufacture and buy as many or as few shoes as he wants, the supply, demand, and price of shoes will tend to reach an equilibrium point where profits will remain constant and steady. Shoe firms like wholesalers, manufactures, and retailers, will all compete with each other to sell the most shoes to the public. In order to do this, they will have to make shoes of the highest possible quality at the lowest possible prices in order to attract buyers.

Now, in an economy where the supply of shoes and their price is controlled by one man, let’s call him the chairman of the Shoe Bank of Israel, we are entrusting a single person to:

The shoe market in such a country would be a complete mess and everyone who needs shoes would be miserable. Since only one firm would be allowed to make and sell shoes, there would be no competition and the quality of the shoes would deteriorate. If the Chairman of the Shoe Bank of Israel set the price of shoes too low, meaning he underestimates demand, people would start hoarding the shoes and buying more than they need, and there would be shoe shortages. If he sets the price of shoes too high, meaning overestimates demand, people who needed new shoes would not buy them, instead waiting for a lower price. Perhaps they would attempt to repair their old shoes, or cut open the ends if they didn’t fit. Huge surpluses of shoes would result. 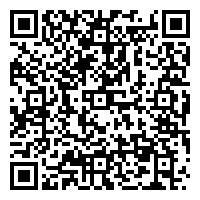