Only  SIX years  imprisonment for the murder of Ben Yosef Livnat (H”YD), who was murdered in cold blood by a “Palestinian police man,” as he  was praying at the tomb of Joseph in Shechem.
You ask, ‘How?’ Most Israelis are asking the same.
You see, there are the courts and then there is the (growing) majority of Jews in Israel.
Yesterday two “Palestinian” sisters came across the Gaza security crossing into Israel for continuing medical assistance with the cancer of one of the sisters. Israel allows great numbers of Arabs from Gaza and other occupied(by Arabs) areas into Israel for tender and generous medical care.
First on line for the best medical care in the Mideast are close family members of the political leadership of Hamas and Fatah; the ones who make a life time career to murdering Jews and destroying the Jewish state.
Hundreds of trucks enter Gaza daily supplying the enemy. How many tons of this material were (are) used to build tunnels and make rockets that kill Jews? It’s anyone’s guess.
Most Israelis think all this is just plain nuts.
Again, there are the decision makers and guardians of “true ethics” (diametrically opposed to Jewish ethics) of Israel and then there is the growing majority of Jews  in the Jewish state who know that something is very wrong.
Imagine the US, in WW II offering top medical care to  close family members of top Nazis or the US sending hundreds of trucks of material into Germany as they are killing Americans.
As John Lennon said, ‘imagine., no enemies , no war, no heaven , no hell, everybody is friends. Just imagine.’  Hey, that’s us!
We have over six thousand terrorist murderers in our prisons today. Many thousands of others were freed in suicidal prisoner releases and good will  “gestures” in recent years.
Terrorists enjoy five meals a  day-I know because I was once a guard in a military prison.  They cook their own meals, enjoy family  and legal visits, have access to full electronic and print media  and entertainment  and earn academic degrees, even PhDs as Marwan Barghouti is today.
Mr. Barghouti is serving six life  sentences for multiple murders of Jews and directing the murder of many more as the head of Fatah’s “Tanzin” faction.
He has  a following among some “Palestinians” and is seen as a possible heir to  Mahmoud Abbas.
You may ask, how can Barghouti be the heir to the “Palestinian” leadership if he is destined to die in prison?
Well, some of Israel’s more  “enlightened” lobby for his release because they see him as a practical man; one we can make a deal with …
Some of Israel’s most renowned authors and artists have made the pilgrimage to Mr Barghouti cell and lavished praise on him as the Nelson Mandela of the “Palestinian ” people. Hey, its the place for great minds to meet these days.
The enlightened  New York Times allowed him to sell himself as  another Nelson Mandela very recently.
So, this is the answer to the question. The problem is not our enemies. it is our own “progressive” Jews.
But this is not new. They were  the same ‘useful idiots’ who were in love with the mass murderer Stalin, were they not?
The Left kibbutzim flew black flags in mourning when Uncle Joe died in 1953, whose death prevented the imminent  mass expulsion of Russian Jews to Siberia).
The same ones found their true love with the mass murderer Arafat not long ago.
Any way, Mr. Barghouti has organized a mass hunger strike in the  prisons to protest “conditions”. It is clearly a political move on his part to remain relevant in “Palestinian ” politics.
So now, Israelis are debating how to respond. Dialogue, negotiate, concessions, force feed?
I know what most Jews here are thinking. Let them die and the sooner the better. Yemach shemo!
I can not offer a satisfying explanation as to why this common sense and moral solution is not prominent  in the public domain, just as I  can not explain the rest of the insanity.
I just observe the craziness.
Advertisement 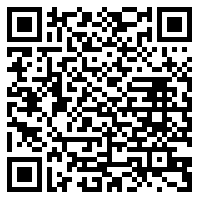