The Torah relates to us how Avraham Avinu pleaded with God to spare the evil city of Sodom from His wrath, if only for even a handful of good people who might live there.
After lengthy negotiations and pleas, Abraham realized that there was not even a very small number of decent people residing in the evil city. There were none in whose merit the evil population might be spared.

This story came to mind as I watched the swearing-in of the new coalition government in Israel today.
It was almost a parallel one to the Torah story except that there was actually one righteous person in Sodom.

The Likud and Blue and White parties, along with some other hangers-on factions formed an”emergency government of national unity”.
They told us that it was a great sacrifice made for the citizens. We the citizens came before the politicians as they heroically agreed to share power with erstwhile opponents for the good of the country.
To prove just how sacrificial and altruistic they were, they immediately pounced on the public purse creating scores of government posts along with the retinue of support personnel and perks. As they hysterically scrambled to divide the spoils, nay to invent spoils, they told us it was for our own good, saving us lots of money and the country.

Their argument was, the fourth round of elections would be far more expensive.
I ask myself, could they not have formed a government without creating tons of cabinet posts that never existed just to satiate the feeding frenzy of the power junkies and their bosses who buy their loyalty with our money? Could they not possibly serve the citizens as “simple MKs” and not Ministers?
I guess it’s like asking a small child to not touch the toys and candy on the shelves?
It’s like asking a shark to stop ripping out flesh.
Is that reality? Is this what we must settle for?
Politicians will grab power and its accruements. They can’t help it.

Did we think it would be different in Israel?
I did. I hoped. We were supposed to be a light unto the Nations not a bad reflection of them.
Things can be different. How do I know?
Because there actually is one righteous person in Sodom.
Her name is Sheli Haimpvich.
I am sure that our politics are quite different. She is an MK pf the “Blue and White” party.
Like every one of her fellow MKs, she too was offered one of the many newly invented cabinet posts in the “unity government of sacrifice”.
Unlike all the rest, she declined the opportunity to “advance” her career. She explained as any honest person would that she is not sufficiently knowledgeable about that particular position, and passed.

“Any honest person” is the kind that Abraham was hoping to find in Sodom but could not.
Ms. Haimovich I fear will not be a beacon spreading light in the Knesset but rather an anomaly that her colleagues will likely call a “freir”( naive do goody) as they congratulate each other and enjoy their easily won power in the” emergency government of sacrifice”.

A great man once said, “a small light can dispel much darkness.”
Maybe.
Let us hope 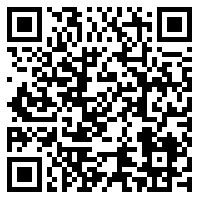