The south is burning.

Thousands of dunam of lovingly cultivated farmland and forests are going up in smoke all along the border with Gaza.
Fire and explosive balloons and kites sent from Hamas ruled Gaza are keeping the IDF on its toes and so far, on the losing side of this battle.
The brains and resources of the vaunted IDF are working night and day to create a defense against this latest innovative threat.
We developed “the iron dome” in all its variations to protect Israel’s citizens from homemade  “Kasaam”(Peres made light of the Kasaam/Kashmam” threat. Meanwhile they have succeeded in killing a number of Jews) rockets and mortar shells. Each one of our missiles cost five hundred times the amount of one of their primitive incoming threats. They can simply bleed us economically just by continuing in this manner as long as they choose.
We were told that we must abandon Gaza and expel the thousands of Jews there because the IDF just could not continue protecting them and thus be holding down so many soldiers doing so.
Today, far many more soldiers are on constant alert on our side of the Gaza border waiting for the terrorists in the areas we would not protect, to decide when to attempt to murder more of us.
This week while listening to the morning news on the official government radio channel I heard the famous radio personality, Aryeh Golan remark, “we have a problem with those balloons”.
The arrogant Leftist journalist did not see the absurdity in his statement.
Imagine if during the London blitz the British channeled their hate towards and vowed to destroy, the German planes but not the Nazi regime that produced them and indoctrinated the pilots to kill them.
The British did not see a “plane problem”
They knew who the enemy was and how to deal with him.
Mr. Golan and his fellow Leftists are frustrated with balloons. Why can’t those balloons behave? We must teach those balloons a lesson.
This is the sick result of a generation of “Osloian” indoctrination by people like Mr. Golan.
We were assured that there are no longer enemies. There are no longer victories to be won. No need to hate anyone anymore.
We are finished with those days forever. We invited our “former enemies” into our front yard and armed them. Mow it was going to be just great.
Peace
Perhaps we might allow just a limited number of balloons to come over our way and burn just a pre-agreed amount of fields. There must be a  logical compromise out there with these balloons and kites…
Advertisement 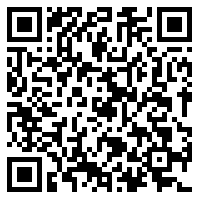