The Trump phenomenon has captured Israel as it has other parts of the world.

Most English speakers are aware that there  is the CNN / NY Times Trump and there is the Fox News Trump.
We can follow both and can decide which  seems  closer to the truth.
Israelis who do not have the advantage of following the sharp debate  played out in the US media. They  get their news from the Israeli media only.
which  parrots the anti Trump US media.
This huge disservice to the Israeli public can not easily questioned.
I have noticed that the traditional Left bias of the Israeli media is clearly  extended  in every nuanced report, chuckle and smirks that accompany their “coverage”.
Eight years of Obama’s presidency has been respectively and seriously   treated by the Israel media as that of a  celeb. His recurring and increasing  animosity to Israel ;his cuddling  of our enemies, was accepted as sophisticated and moral  politics. It is the politics and morality of Israel’s Left.
Do not expect any thing different.
Trump has launched a cultural revolution in the US.
He has become the voice of large numbers of people who have long  been brow beaten by the  elites, celebs, media, academia. etc  into feeling embarrassed  of their true  beliefs and feelings.
Trump has removed the PC cork from  the bottle and  long pent up frustration is now being  triumphantly released by the masses of “irredeemables”.
The fellow  having a beer in a Kansas or Missouri bar  knows exactly  who has been making him feel inferior and powerless for so long. He knows who has been taking his country from him. Its the Liberal media among others like Holly wood and academia.
Ask any one of them , preferably after a few beers,”who runs the Liberal media? Who  owns Holly wood? Academia?
The Jews.
To some degree they are right.
It just may be that the current  rash of anti Semitic  incidences are a direct result of this feeling of release.
I do not believe that Trump desired this affect. The contrary.
However there is and has always been Anti Semitism in the US – from all parts of society.
For the Left today,  too many Jews are too close to Trump and too supportive. Think Adelson
For the Right the Jews play the same role, but on behalf of the Left. Think Sorros
Both are correct.
Certainly Italian Americans and Irish Americans are on both sides of the aisle, but it is only the Jew who finds himself in the intense cross wires of both sides, targeted  as the agent of the devil himself.
Jewish history is very long  and contains some consistent common threads.
It has never changed.
Not even in America.
Advertisement 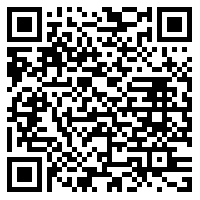