MK Omer Bar-Lev (Zionist Union – Labor) said at a demonstration in Ramat Hasharon in central Israel on Saturday that “religionization,” in his view, includes soldiers praying at the Western Wall.

“It became known to me that, after Operation Protective Edge, one of the battalions of the Golani Brigade heading towards the south took a slight detour on the way and jumped to the Western Wall, and the whole battalion made [the blessing thanking God for being saved from a dangerous situation]. This is religionization at our expense,” he tweeted on the Walla news site.

Bar-Lev asserted that the battalion had traveled to the Western Wall “at the expense of the taxes we pay.”

(Bar Lev’s famous father, General Chaim Bar-Lev was a minister in the Labor government when in 1980, six Jews were gunned down by Arab terrorists in an ambush while attending Friday night Shabbat services in Hevron.

What were they doing there”?

Bar-Lev, senior was also the creator of the ‘impenetrable‘  “Bar-Lev line’ of defense along the Suez Canal that crumbled in four hours on Yom Kippur, October 6, 1973.)

A few weeks ago, another Labor blue blood gave voice to her Zionism. Merav Michaeli told an Australian panel,”The core family as we know it, unfortunately, is the least safe place for children.”

This week a group of labor leaders including former Labor head (General) Amram Mitzne made the requisite pilgrimage to Ramallah.

There they met with PA head Abu Mazen (“there was no holocaust”). He returned with good news: “We have a peace partner!”

When asked by a journalist. “What kind of partner pays terrorists for killing Jews and names streets after them, he said something like, our side is not free of guilt either..”

Considering the above very recent items, no wonder that the new Labor leader, Avi Gabai has begun to steer his ship suddenly sharply to the right.  He knows that his sinking ship cannot continue alienating a growing majority of Israelis.

In surprising statements one after the other he has begun a campaign of trying to bring the Labor party back into, or nearing, the Israeli mainstream.

He declared that Jewish “settlements ” need not necessarily be evacuated in a peace deal.

He said that his party will never sit in a coalition with the anti-Zionist  Arab party.

He denounced one of his MKs, Mr. Bahlul, an Arab for refusing to attend the one hundred year anniversary of the “Balfour declaration” claiming that as an Arab, he is” not a free person in Israel”.

I am not sure what Mr. Gabai really believes but it seems that he realizes that the noisy “echo chamber” of the secular elites that have always run Labor is increasingly way out of touch with “Joe Israeli”.

And he is absolutely right.

Is it too late for Labor to return to the hearts of the majority of Jews in Israel? I would say yes.

Some of the Labor “blue bloods” will not change their tune or agree to be silenced by an upstart populist chairman.

They may find themselves joining “Meretz” which is officially abandoning all Jewish roots of Zionism in favor of a “state of all its citizens”, They try to attract Arabs and pro Arab Jews.

Others will follow their opportunistic senses and tow the line, much like the “no ideology” gang of the short-lived  “Kadima” party.

Israelis are not stupid and even stupid people learn something from experience.

I believe that the Left, in any disguise it chooses, will never govern in this land again.

Netanyahu has been a great disappointment to many of his constituency time and again.

As more  Israelis wake up from the Oslo stupor and understand how removed their Jewish souls actually are from continued double talk and those who brought us the gift of Yasser Arafat and a “New Middle East” they will demand better than they have been served until today.

There are large cracks visible in the institutions that have kept the blinders on the people. The courts, media, academia, politicians…are not the demigods they used to be.

Social media has been one of the elements of erosion that has led to the cracks, but rivers of Jewish blood have been the painful and frustrating conduit that, unfortunately, continually deepen them.

So, today, the Left must hide, put on a mask, or openly join the enemy.

Their days of the high handed rule are gone.

The Netanyahu years were a  painful waste of lost opportunities and political survival games.

Lots of great speeches (including the not great speech of his recognizing an Arab state in our land), releasing thousands of terrorists and building freezes in the liberated lands.

This week marks the anniversary of the deaths of two famous Jewish leaders.

Prime Minister Yitzchak Rabin, who gave the order to sink the  Irgun ship Altilena (with Menachem Begin on it)  in 1948 and then later brought us Arafat and company in 1993;

The other Jewish leader, a Torah scholar and lover of all Jews was also killed –  not because he was giving away our land to the enemy but because he fought to retain it and expel those who would take it and our very lives from us.

One was deemed a martyr – a demigod by the establishment, and the other a madman.

The Jews of Israel increasingly know who was mad and who was right.

There is a future God willing. 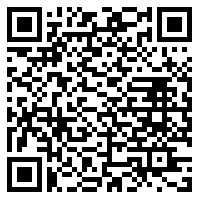