Israel announced Wednesday the body of Brooklyn-born IDF Sgt. 1st Class Zachary Baumel, a tank commander who went missing in action in the 1982 First Lebanon War after having been captured during the Battle of Sultan Yacoub in the Bekaa Valley, has been returned home for proper burial.

IDF Spokesperson Jonathan Conricus said the body was returned through a “secret intelligence operation” but declined to provide details on how his remains were retrieved.

“Zachary’s bones which were brought to Israel were positively identified,” said Prime Minister Benjamin Netanyahu in a statement Wednesday evening. “With them were also found his tank jump-suit and his tzitzit. Soon Zachary will be brought to his eternal resting place with a Jewish burial.

The above is the main headline in Israel today, despite the fact that we are only days away from a very hotly contested election.

The story made me think of a few things;

If this had been the US or any other country, would the fact that the remains of a soldier brought home after thirty-seven years been an item that causes an entire country to drop everything and unite in an outpouring of relief and pride, along with a tear?

Would it have immediately shoved all else from the front pages?

I don’t believe so. Is there another place anywhere where a few bones can produce instant unity and emotion as it does in our little Jewish country.

Zacharia’s father passed away ten years ago after spending twenty-seven years traveling world in search of some stone that has not been turned for his son. He died tragically not knowing that there was indeed a stone out there that only the combined assets of Israel’s intelligence/military finally uncovered after so long. His memory is also alive in Israel.

Zacharia’s parents brought him to Israel from the comfort and security of the USA to bring living to  a higher level and meaning.

Zacharia was happy and flourished in the Jewish homeland… and then ultimately gave his life for it.

Should his parents have not left the USA for embattled Israel knowing that there is a theoretical chance that serving in the Jewish army means being exposed to the Jews’ enemies.?

I too made the choice that Zecharia’s parent did.

I too served in the IDF. I too could have been called to my maker in the process.

I too would have been found with my tzitsis.

Worse, the same is true for my sons.

What thoughts run through my head?

Tzitit. This small item made a huge impact on me.

This is the difference between just defending one’s country and something higher yet.

Rabbi Akiva and Bar Kochba were killed by the enemy in the land of Israel –  with their tzitsis. The same is true for those in the army of King David and Joshua.

That is how Jews lived and died – as Jews fighting for a Jewish land.

Do we consider their sacrifice a mistake or senseless?

Tragically, in the diaspora, many Jews fought and died for foreign countries, often fighting on either side of the trenches while suffering from anti-Semitism in their own trench.

The rebirth of our Jewish country ended that painful anomaly.

Young soldiers tragically give their lives for their countries in many places. This is unbroken history.

Dear Zacharia died in a Jewish uniform fighting for his people against the enemy of his people. In historical terms, this is a revolutionary concept.  Still, every Jewish soul is an entire world and never just a statistic.

The leadership of Israel, in the IDF and elsewhere must memorize the words of General Patton to his troops; “I don’t want you to die for your country, I want you to  make the bastards on the other side die for theirs.”

Former IDF chief and current candidate for Prime Minister, Benny Gantz said, “I prefer to endanger my troops rather than the lives of enemy civilians. That is the moral choice”

That’s no Patton, or King David or Joshua, and it is not at all Jewish.

But this well reflects what is so very wrong today amongst the ” moral elites”.

As a parent, I would have to ask myself if I have the right to send my son to this army – Jewish or not.

What a tragic situation for a Jewish  parent and the Jewish people!

This insanity must change and I believe it will. The days of the Gantz’ and the very non-Jewish thinking elites are numbered. ( It is not just the “Left” that is infected with this amoral, non-Jewish thinking. Bibi freed thousands of terrorist killers. Over a hundred Jews have already been killed by them.     Bibi’s response to Hamas murder is striking at empty structures and paying millions to them in protection money..)

This is looking increasingly crazy to more Israelis

This election, I believe will be part of the slow process of turning the insanity around. 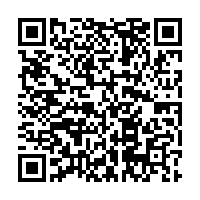