I made aliyah soon after my 1970 wedding. I had been a very active member of NCSY of the OU and was/is considered one of their “great success stories,” up to a point. In the 1960’s NCSY promoted Torah observance, Shabbat, kashrut etc but not aliyah, moving to Israel. The term wasn’t used at all. Neither was zionism mentioned. The aim of NCSY at that point was to strengthen American Jewry with more Torah observant Jews, not encourage American Jews to move to Israel.

I first heard the term aliyah to Israel when my parents and aunt, in an attempt to reduce my “extremism” as they saw my attempts to become an Orthodox Jew made me go to a USY Shabbat in my aunt’s Conservative synagogue, the East Midwood Jewish Center in Brooklyn, NY. There, unlike in NCSY, life in Israel and aliyah were mentioned, talked about and the topic of study sessions.


The person who got me to think of Zionism, aliyah for myself was Avi (Dennis) Lipkin, who was a year ahead of me in Great Neck North. He got me to join Betar, which is a very Zionist international youth movement. And during the few years I was an active New York Zionist, it was as a Betariya, not as an NCSYer. I remained active in both groups before my aliyah along with Student Struggle for Soviet Jewry.

We were there to meet the delegates and ask them questions. By total chance aka siyate d’Shmaya-the Hand of Gd, I ended up sitting next to Morton Klein, National President of the Zionist Organization of America (ZOA), the oldest pro-Israel group in the U.S. Considering that Klein is known for his Right and pro-Israel and Jewish life in Judea and Samaria views and that Hadassa Levy, of Eli was also at the table, it was probably the most “Right” table in the room.

In all honesty I was pretty impressed by the interest in Israel I heard from the delegates as they spoke. Many are frequent visitors to Israel, and some were making aliyah or even had. American Jewry has been changing. Today there are more visits, delegations, study programs in Israel than ever before. Since the press was invited to ask questions, I decided to ask one.

I began by saying how happy I am that today the Jewish organizations I had once known as non-Zionist have joined the World Zionist Organization and consider themselves zionists, but then I thought of all of the other, the many non-affiliated Jews, like many of my family members, scattered all over the United States, and so I asked the delegates what they are doing to try to involve them with some sort of Jewish life and affiliation. Many hands went up to answer. But time was too short, and only one person gave his answer about how he tries to attract more Jews to his Jewish community activities.

If there’s anyone who’d like to answer here, you’re invited to use the comments. 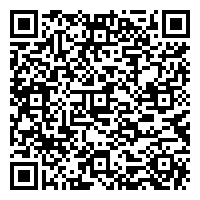