An Israeli was stabbed by an Arab terrorist late Sunday afternoon while waiting at the hitchhiking station on Route 5 at the Ariel Junction.

The 25-year-old man, a resident of central Israel, was stabbed in the chest and sustained serious wounds, according to the Hatzolah emergency medical response organization.

Magen David Adom paramedics are on the scene and stabilized the victim before evacuating him to Beilinson Hospital at Rabin Medical Center in Petach Tikvah.

The terrorist escaped, fleeing on foot into the orchards that line the road, and raced towards the nearby Arab village.

The Ariel Junction has been shut down in both directions as a dragnet is thrown around the area while IDF forces hunt down the attacker. 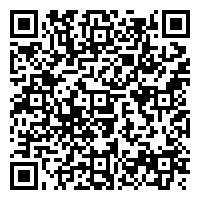