For further proof that there’s no justice for Jews in this world, the United Nations Security sic Council is planning to meet about Israel’s building plans.

(Reuters) – The U.N. Security Council will hold an emergency meeting this week on recent tensions between Israel and the Palestinians in East Jerusalem due to Israel’s plans to build more settlements, council diplomats said on Tuesday.

ISIS has seized huge chunks of Syria and Iraq in recent months, beheading Western journalists and nonbelievers as it strives to establish an independent “Islamic State” in the region. The terror group has been locked in a battle with Kurdish forces in the northern Syrian border town of Kobani since mid-September. The United States and its allies are bombing ISIS positions there, but airstrikes have yet to pry Kobani from the group’s hands. (CNN)


What about Iran and its nuclear weapons development?

What about the shooting in Canada?

“While we are facing this threat at home, we must focus our efforts on preventing individuals traveling abroad to commit acts of terrorism,” Paulson said. “Preventing the individuals from traveling is critical. If these individuals return with training and/or battle experience, they pose an even greater threat to Canada and our allies.”
Paulson’s remarks followed the fatal shooting on Wednesday of a Canadian soldier standing guard at an Ottawa war memorial by a man who then charged into the Parliament building. Two days earlier, another man rammed two soldiers with his car near Montreal, killing one. (Reuters) 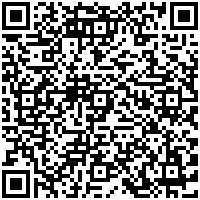