Israel and the United States announced the continuation of a sale of 19 new F-35 multipurpose fighter planes to Israel, as well as approval for a second squadron.

Israel Aerospace Industries will be assembling the wings of this new fighter, which will also include Israeli-made components. The assembly line for the F-35 parts manufactured in Israel is expected to be inaugurated next week.


Other deals, such as the continued joint development the David’s Sling and Arrow missile intercept systems, were also reached. These deals were discussed and agreed to by Secretary of Defense Moshe Yaalon and his American counterpart Secretary of Defense Chuck Hagel, when they met in Washington last week.

Elbit Systems also announced a deal to supply the Canadian Armed Forces with mobile satellite communication systems. The systems being sold are exclusive, as they have the ability to connect to the US Defense Department satellite network.

Despite recent comments made by unnamed American officials regarding Prime Minister Netanyahu, the deals point to a working relationship, and continued alliance, between the Unites States and the State of Israel. 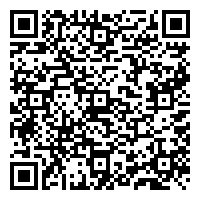