Home Blogs Shiloh Musings Egypt, What are The Odds? My Prediction
Share on Facebook
Tweet on Twitter
Photo Credit:
Diplomats, politicians, media, political pundits all over the world are trying to make some sort of sense out of the current balagan, violent anarchy, revolution, riots in Egypt.
Egypt is Egypt.  It’s not Canada, nor France, nor Brazil, China, Australia, Russia, Korea or even South Africa.
Every culture, society, has its own culture/character and it’s totally ridiculous and unrealistic to expect all people to be the same.  Most of us tend to project our own morals, values etc. on others and blind ourselves to the truth.
Egypt is not a European country, even though many people are confused by the Egyptian elite who can be extremely western and sophisticated.  They are “the Egypt” the diplomats and intellectuals meet, when shopping and vacationing in Europe, or when visiting their children in American universities.
The Egyptian population is growing rapidly, unlike the western world.

“Egypt’s population is officially set to reach 84.743 million by World Population Day this Thursday, the Central Agency for Public Mobilisation and Statistics told state-run news agency MENA on Tuesday.
This reflects an increase from 2006’s figure of 72.8  million, and 2009’s figure of 76.1 million. Total population reached 83.7 million by the beginning of 2013, representing a 10.9 million person increase since 2006.”

You can’t understand what’s really happening on the streets and government offices in Egypt without understanding its society.  It’s like trying to play chess against a grandmaster without knowing the rules.
Western democracy just won’t work in Egypt.  The only stable governments that Egyptians have known were dictatorships. It takes a strong military dictator to control the volatile Egyptian population.  Mohammed Morsi failed; remember that he was elected democratically, as democratically as the Egyptians could manage.  Now they are being ruled by the street.

“The military’s early-morning assault that left at least 54 people dead might have been expected to unite Egyptians in grief and anger. Instead, Egypt’s bloodiest day in more than two years of unrest appeared to intensify the scarring arguments about who should be ruling the country and who is responsible for its plunge into turmoil.
Egyptians who not long ago were protesting side by side, even members of the same family, now rely on different sources of information, offer widely divergent accounts of what caused Monday’s carnage and argue that they are the true defenders of the revolution that ousted President Hosni Mubarak in 2011. Rival camps both claim that the United States is offering concrete support to their opponents.”

No doubt there are powerful members of the military pulling those strings, getting the people out to riot.
And what’s my prediction?  At some point a new military dictator will take charge.  He may conduct some sort of  “elections” to give a fig leaf to his dictatorship and get more international aid.  It’s only a strong military dictatorship that can control a country like Egypt. 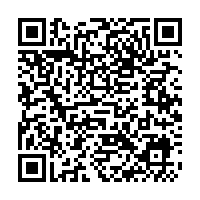