Now, don’t get me wrong. It’s not like I support all government policies, and I certainly don’t support any blindly. But the way to change the government is through elections, not massive demonstrations in the streets.

Thank Gd, Israel is a democracy.

In all honesty I think that Prime Minister Binyamin Bibi Netanyahu’s decision to make a broad disparate coalition with Benny Gantz’s Blue and White ended up backfiring on him. One crucial aspect was successful in that Gantz and Gabi Ashkenazi have lost a major part of their voter support.
But Bibi’s attempt to hold the extremely heterogeneous coalition together was an unmitigated disaster. Blue and White got an unprecedented percentage of powerful positions, which angered pretty much everyone on all sides of the political spectrum with exception of the recipients themselves.
Not only can’t Bibi control the Blue and White MKs’ voting power, he has lost control of his own Likud Party. Apparently he gambled that giving less veteran MKs cabinet posts would make them more loyal, and he took for granted that his more veteran MK ministers would play ball with him. The result wasn’t as he planned.
We’re now suffering another round of what I call Korach demonstrations meaning that those demonstrating/rioting don’t have the same aims other than to destabilize the government.
If the rioters get their wish and force Netanyahu out, then they’ll just fight among themselves, since they have no real leader other than the secret money source coming from abroad.
The financial backers have unsuccessfully promoted Ehud Barak and more recently replaced him with Benny Gantz. Who will be their next figurehead?
Advertisement 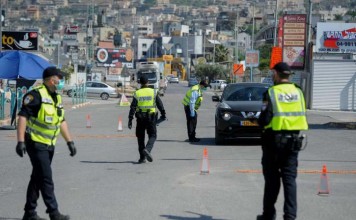