Last night, if it would have helped, I would have thrown rocks at my television screen in anger. There was this long newscast about the poor frustrated miserable Arabs in Jerusalem who attack innocent Jews to prove how miserable they are.  And of course the reporters eagerly lapped up the phony excuses and just justifications for the violence against innocent Jews.

The adult Arabs who were interviewed admitted/insisted that they have no control over the youth whom they also admit are spending their time attacking Jews. And you should remember that the vast majority of serious and fatal attacks on Jews have been by Arabs who have all the Israeli papers necessary to study and work in Israel “proper,” because that is technically where they live.


This is so different from the Arabs I work with and sell to in Yafiz and Rami Levy, Sha’ar Binyamin. There most of the Arabs do not have “papers” to enter, work and study in Israel. They are overjoyed to work and shop in the Jewish-owned stores getting the same benefits and prices as ordinary Israelis. I see them disciplining their children, making sure they behave and even trying to get them to use their Hebrew and English with us.

Considering the high percentage of Arabs in Israeli universities and the surprising (for many) amounts of Arab doctors and lawyers in Israel, you should be wondering why the parents of these young Arab terrorists insist that their children have no chance for a good future, and that is why they resort to terrorism.

Of course the Arabs interviewed on that “news” show who complained about the sorry state of their neighborhoods didn’t mention that they attack municipal workers who come to repair things, that they don’t pay taxes, that they build illegally and they even attack, shoot at and stone ambulances and the paramedic staff who try to help them.

In some ways Israeli Arab society is even more anti-Israel than the Arabs in Judea, Samaria and the Jordan Valley. This may sound strange to many, but the truth is that the Arabs who  live near me know what Arab rule is like, and push come to shove, they’d rather not have it. Of course, saying such a thing out loud is dangerous for them. It could be fatal, because Fatah and Hamas are not very tolerant, neither are the international agent provocateur NGOs that have infiltrated Arab society and the Israeli Left.

Arabs who live around Shiloh know very well how corrupt and dangerous the P.A.  Palestine Authority is, and they prefer the status quo to living in an Arab country. Only those on the take are happy with Arab rule. Young Israeli Arabs have been brainwashed into believing that they’d be better off without Israel. They haven’t a clue. And they are dangerous.

Don’t expect the truth about this from the Israeli media!! 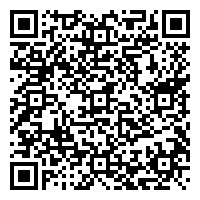