A middle-aged Israeli man has been killed in Iceland while vacationing near the southwestern Iceland town of Selfoss, not far from the capital city of Reykjavik.

The man, age 65, fell during a hike on Sunday and subsequently died from his wounds. At the time of the accident he was a participant in an organized tour, according to media reports.


His family was notified by the Foreign Ministry’s department for Israelis abroad. The ministry also was in contact with the tour guide and local officials.

The Israeli embassy in Oslo, Norway is working to bring the man’s body back to Israel for interment.

Last week the city council of Reykjavik announced its decision to boycott all goods produced in Israel “as long as the occupation of Palestinian territories continues.”

The move prompted harsh criticism from worldwide Jewish groups who pointed out that such a boycott must then include any computer built with Intel chips, cell phones with various Israeli-produced microchips, etc.

Iceland’s own foreign ministry issued a statement abdicating responsibility for the decision and saying it did not represent official policy.

“The decision of the city council does not indicate Iceland’s relations with Israel,” Urdur Gunnarsdóttir, foreign ministry spokesperson told the Hebrew-language Channel 2.

By Sunday, Reykjavik Mayor Dagur B. Eggertsson had modified the boycott and narrowed its focus to damage only those Israeli businesses and residents located in Judea and Samaria.

“The decision was poorly prepared. In the past I have taken great pride in preparing all big decisions thoroughly. I’ll admit here and now that I am angry with myself for not doing that,” Eggertsson explained. 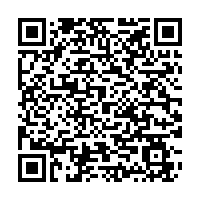