National borders as we know them here in the Middle East are pretty modern. And like in Europe* there have been many changes over the past couple of hundred years. Pretty much all of the present countries, barring one, has some historic basis. Egypt and Israel (as a Jewish country) probably have the longest documented history, although there was a long gap in time, about two thousand years when there wasn’t a Jewish State.

One Middle East country has absolutely no basis in history and is ruled by colonizers/occupiers placed by European powers in the mid-twentieth century. That’s Jordan. According to Wikipedia:

With the Great Arab Revolt in 1916 and the consequent British invasion, the area came under Occupied Enemy Territory Administration in 1917 and with the British mandate of Transjordan in early 1920s, it became the Emirate of Transjordan under the Hashemite Emir. In 1946, independent Hashemite Kingdom of Jordan was formed and shortly admitted to the United Nations and the Arab League. In 1948, Jordan fought with the newly born state of Israel over lands of former Mandatory Palestine, effectively gaining control of the West Bank and annexing it with its Palestinian population. (italics mine)**

For many centuries, European powers played god with lands and continents that were administered either as city states or tribal areas. Any place that hadn’t been christianized was subject to European colonization.

Over the decades of Jordan’s existance it has periodically been threatened by the same Arab terrorists who want to destroy Israel. They very rightfully see the Hashemites as invaders and colonizers/occupiers.

Jordan reiterates firm stance against terrorism Jeddah, Sept. 11 (Petra) – Jordan reiterated on Thursday its firm stance against terrorism and affirmed the need to eradicate it from its roots. Minister of Foreign Affairs and Expatriate Affairs Nasser Judeh told a joint US-Arab ministerial meeting in Jeddah, Saudi Arabia that the Middle East is facing serious challenges to the regional security and stability…Jordan, the foreign minister said, believes that the Islamic State poses a direct threat to its national security, calling for closer international efforts to uproot this terrorist organization before it is too late. “Terrorism is a threat to the region and the whole world,” Judeh said…

The Jordanian Government knows well that the Islamic State is directly connected to Hamas and all the other terrorists plaguing our region.

“I’m so glad that we’re under Polish rule again.” “Why?” “I can’t stand those freezing Russian winters.”

**The truth is that the United Nations had allocated the West Bank sic as another new Arab country, but Jordan invaded it and occupied it until it lost it to Israel in the 1967 Six Days War. 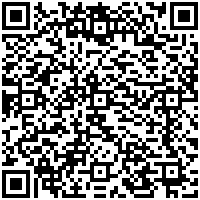