There has been a lot in the news about whether or not Arabs should be allowed to travel in Jewish buses. There are Arab buses, at least in the Jerusalem area, beautiful new white ones of all sizes. It’s rare for Jews to go near them even when it would be convenient. But the Ariel buses are a different story. Yesterday when I traveled from Tel Aviv’s Tel Hashomer Hospital back to Ariel in order to get home to Shiloh I found out just how many Arabs travel on the same buses as Jews.

It would be no exaggeration at all to estimate that easily three quarters 3/4, yes, that many, of the passengers on the 86 from Belinson Hospital in Petach Tikvah, where I had changed from the 87 from Tel Hashomer, were Arabs.

There aren’t security checks at the “barrier” in the direction of Ariel, unlike towards Petach Tikvah/Tel Aviv etc. And, unlike the “city line” Hizma “barrier” at the Jerusalem border, security inspectors do enter the buses going towards the shefela, coastal area.

By the time we entered Ariel, the bus was almost totally empty. The only passengers were Jews, and I was one of the maybe two who got off at the last stop by the university.

And just in case you are wondering. I sat in the front seat. There was a Jewish woman who sat next to me until the Rosh Ha’ayin stop. Then an Arab, who was clearly a laborer, about 50 years old sat next to me. We each sat as far apart as possible. That was fine until he fell asleep. I had to nudge him by knocking my bag onto his to wake him up and stay away. And, yes, I’d do the same to any man.

B”H, thank G-d nothing unpleasant happened to me, and I didn’t hear of anything while traveling. But as a woman of my age, I’m not a target. 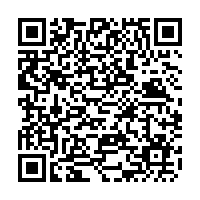