For the first time ever, Hareidi religious boys are learning in a four-year Beit Midrash program, while studying cyber defense in preparation for service in the IDF.

Beit Midrash Derech Chaim is a new program approved by Israel’s Ministry of Defense and the IDF; it’s also the first institution in Israel ever to offer such a program. The yeshiva simultaneously features two years of full-day Torah study that lead to expertise in Talmud with a focus on practical Halacha as well as breadth of knowledge and Jewish philosophical thought.


Boys who graduate Derech Chaim enter the IDF with the ability to become Torah scholars, IDF soldiers and highly employable Israelis upon their discharge from their army service.

“Our second year boys, who will be entering active service in the Cyber Intelligence Unit in November, took the major test for entry this past week,” noted Rosh Yeshiva Rabbi Karmi Gross in an exclusive interview this week with JewishPress.com.

“The test is taken by around 4,000 of the brightest boys entering the army (cyber is the highest priority of the army),” he explained. “In groups that take the test it is considered normal for 35 percent to pass. Excellent groups pass at a 65 percent rate. We just received notice that our boys passed at an 80 percent rate; this is an incredible accomplishment.”

Equally important, he said, was the fact that the officers who administered the test had commented they had no idea what to expect from hareidi religious boys.

“In their words, the boys made a tremendous ‘kiddush Hashem,’ going out of their way to thank those who gave the test and act in ways that made the name of Heaven beloved by their actions,” the Rosh Yeshiva added.

“The major general who called me could not stop gushing over their knowledge and behavior. As you can tell from my tone, we are incredibly proud of what they have accomplished.”

The curriculum was developed and approved by the Jerusalem College of Technology (Machon Lev), the IDF Intelligence Unit and the National Cyber Defense Department in the Ministry of Defense.

Also included are one thousand hours of pre-army technology studies, with classes focused on the study of cyber defense (systems security) in accordance with the request of the IDF.

For further information about the program and/or registration, email the Rosh Yeshiva at rkgross@gmail.com. 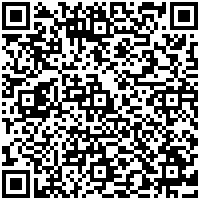