I moved far across the ocean with my husband almost forty-five, 45, years ago to live as a Jew in the Jewish Homeland, the State of Israel. We never saw the 1949 Ceasefire Lines as holy, certainly no holier than the locations depicted in the Bible where our Jewish Religion/People/Culture/Nation etc was formed and developed.


Anyone with even a minimal knowledge of the Bible, the first Jewish History Book, or any collection of atlases can attest to the fact that borders change, usually due to wars. The winner becomes the ruler of whatever land its army holds. Why should the 1967 Six Days War be considered any different?

But for some horrible malignant-to-the-unity-of the-Jewish-People reason, there are many who consider us, Jewsish Israelis who live in the Land of Israel liberated by the IDF, and G-d’s miracles, in 1967 to be some foreign alien “other.”

The other day I caught an Israeli Television news talk show and was horrified to hear how the “panel” referred to me and my neighbors as if we’re some unwanted foreign enemy. They’re perfectly happy to take our blood donations from the Magen David Adom Blood Bank, and they don’t mind that our sons and daughters volunteer and even excel in the most dangerous and difficult IDF Israeli Army units in disproportionate numbers. They accept, as if their entitlement that our non-military serving kids contribute their time and energies in development towns and hospitals. They don’t mind being on the receiving end of what we contribute to Israel society.

I’ll never forget one of the first times I came up against this “other-ment.” My husband was speaking to a group, and I had been asked to be part of the audience. During “comment” and question time one of the audience spoke of “those people,” meaning me, my family and neighbors, in such a negative and nasty way I wanted to stand up and take the floor saying:

“I’m one of those people. Do I look or seem different from you? How can you refer to me, as if I’m a strange enemy alien?”

But I didn’t get up. I said nothing but was very upset and left the room with friends.

We are all part of the Jewish Nation/People/Religion, and unity is the secret of our survival.

If you look at Jewish Prayers, there’s something very important to notice. Our prayers are in plural. And that is to remind us that we’re not alone; our fates are totally entwined. May G-d give us the wisdom and strength to tear down the barriers that separate us and allow us to function as one united and strong People. 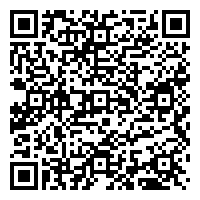