One of the most annoying things about being a humor writer is Purim. Everyone says, “You’re a humor writer. You must love Purim.”

Why? Imagine you were a doctor, and then, one day a year, everyone tried his or her hand at surgery.


Also, Purim time I get more questions than ever.

Shushan Purim is Friday. What should I do?

Don’t panic. It’s not like when Purim ison a Friday.

Unless you live in Yerushalayim. Then you can panic.

But Jews everywhere else aren’t quite sure what to do with Shushan Purim. There’s no school, but there’s nothing to do to really celebrate. Why is there no school? So everyone can have time to not say Tachanun?

Some people say it’s a day to recover from Purim — but who’s recovering, exactly? Are the kids getting drunk? And if the parents get drunk, do they want their kids home, wearing yesterday’s war paint, hyped up on shalach manos and screaming all day? So maybe it’s for the teachers to recover. If your job is to control kids all day, then when Purim comes, you drink. And then, all day long, these kids are knocking at your door in costumes. All day long!

“Which kid are you?”

But for kids, Shushan Purim is a whole extra day to wash off your makeup. Especially if it’s Friday. Shabbos baths take longer. There’s no time for school.

Meanwhile, you might as well take the day off too, because it takes extra time to cook for Shabbos when you’re hung over and the kids are coming out of the tub all day with their faces still dirty. Especially since you have to run to the store too, because no one thought to shop for Shabbos on Purim itself. Or else you shopped on Taanis Esther and now you have to cook it all, even though no one will eat any of it because they’ve been eating shalach manos all day, despite announcing, just yesterday, “I’m going to eat one item from this bag every day until Pesach.”

My costume doesn’t have a mouth that moves up and down. All it does is stifle my voice. How do I talk? And how am I supposed to eat with this mask on? I can only send questions to newspaper columns.

You don’t eat. The best you can hope for in some of these costumes is a tiny little mouth hole which lets in just enough funky-smelling air for you not to die. But it’s definitely not big enough to shove a hamantasch through, unless you’re trying to strain it, like chopped meat. The hole is basically just big enough for you to eat through a straw, or for the wearer to stick a part of his tongue out, which people do for some reason.

My advice, if someone comes to your house in that kind of mask and you’re wondering who it is and whether you should make him an emergency backup shalach manos, is to give him chocolate lentils. Or actual lentils. He’ll be very grateful. Although you won’t hear him say so.

As far as speaking, I think you’re supposed to be like a professional Disney character or sports mascot: Don’t say anything at all; just smile a lot and wave and pose for pictures. Of course, those guys don’t have to deliver two hundred shalach manos in a single afternoon with no peripheral vision. And they have responsible adults leading them around. On the other hand, you don’t have excited kids running into you at just slightly below waist level. So there are pros and cons.

I accidentally walked into a bank in my Purim costume. What do I do?

Panic. Goyim don’t seem to know about Purim, for some reason. The one day we run around on the streets making noise, they’re nowhere to be found. Are they cowering indoors? Do they not realize it’s a Jewish holiday because we’re all dressed up? Do they think pirates and firemen are suddenly running around town with food? The only holiday that Goyim know less about is Shavuos, and that’s because most of it happens at night. And the rest of Shavuos we spend sleeping it off.

There are a lot of reasons to go to the bank on Purim, be it to get matanos l’evyonim money or to exchange something for a thousand singles so you can tip the kids for bringing you food you don’t really want. Since when do we tip kids?

I guess we don’t know for sure that they’re kids. They might be short adults. They could be actual firemen and pirates; you don’t know. They’re dressed up.

You have a few options:

1. You can pretend nothing’s wrong. Go to the teller, do your transaction, and leave. Everyone will think pirates leave their money at this bank.

2. You can slowly, without making any sudden movements, remove your mask. If you’re wearing face paint which is not so simple to remove, start scrubbing like crazy.

3. If you’re dressed as, say, a bank robber wearing a ski mask (because criminals don’t like to be cold) you’re pretty much messed over. Your best hope is to text a friend who’s dressed as a policeman to come get you. Or, even funnier, stand on line with you. Worst case scenario, he might get arrested for impersonating a police officer, and you’ll get arrested for impersonating a criminal, which is apparently not as illegal.

Of course, if you’re holding one of those big heavy wooden groggers, they’re probably going to shoot you.

If you’re holding a shalach manos, though, you might be okay. No one robs a bank while holding nicely-decorated baskets of food wrapped in cellophane. It’s not great for smooth getaways.

“Gosh, could you run more noisily?”

What is the best route to take to get around town delivering shalach manos?

The best route is the one in which you hit every block at least three times and at some point you pass your earlier self looking for parking.

There is no best route. You’re just going to drive in circles.

At some point on Purim morning, you’re going to sit down and try to plan a logical, economical route, and then, while you’re doing this, several people on your route will show up with packages, some more than once, and you’ll have to keep changing the route. The longer you spend planning, the more people you’ll be able to cross off the list. Or else you’ll just ignore them and drive to their homes and leave things on their doorstep after ringing the bell for a few minutes in case they somehow came up with a route that took less time than yours. And then the cops will eye you suspiciously because you’re dressed as a criminal outside an empty house while your spouse hovers by with the motor running.

Have a question for “You’re Asking Me?” Leave it between my front door and my screen door. That’s safe. 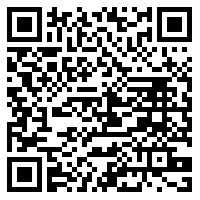