The other day I wrote Aliyah: Not The “Ultimate Sacrifice,” and this post will tell of a couple of things that we do much better in Israel than many other countries, especially the United States.

Since gun laws, the “right” or “privilege” to own a gun by private citizens has become a major issue in America, I must say that Israel’s laws concerning private gun ownership are the most sensible and realistic. Nobody has the right to own a gun. There’s an approval process that not everyone passes before being able to go through with a gun purchase. You need a gun licence. To get the license you have to show a security need for a gun, mental stability and knowledge of of how to use it. Only the licensed owner is permitted to use/carry the gun, and it must be locked up when not not with the licensed owner. In Israel, guns are not sport, nor are they used for hunting. Target shooting is only in special places where innocent bystanders can’t be harmed.

All Israelis are covered by basic healthcare. GP and basic tests are included. Medications are relatively inexpensive. There are emergency clinics so one doesn’t need to go to the more expensive and unpleasant emergency rooms. If one is sent to the emergency room by a doctor, then the charge is different. And one of my biggest surprises was since I worked past retirement age, I was exempt from paying the monthly healthcare fee.  In Israel you have a choice of “sick funds.” It is generally recommended to choose one that gives good service where you live. Here in Shiloh there are two, and they are both very good. Besides GPs and pediatricians, the one we go to has a number of other specialists weekly or monthly. Those unemployed or on welfare are also covered. In recent years the sick funds have been opening dental clinics, so dental care is now more affordable. The branches of all the sick funds are national, all over the country, so if you’re not home and need a doctor, you can make an appointment in a nearby clinic.


I thank Gd that I live in Israel. It was one of the best decisions, if not the best I made in my entire life. 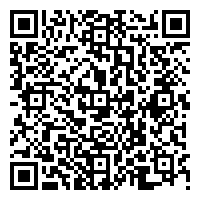