When Israel’s present Ambassador to the United Nations, Danny Danon, was appointed just under two years ago he promised to make changes there, since we all know that the UN consistently condemns Israel for all sorts of “outrages” and immoralities. Even though Danon periodically claims various successes, I really don’t think things have improved. We all remember Obama/Kerry’s parting shots at Israel by conveniently not vetoing the anti-Israel resolution.


Even though many of us in Israel, and Israeli supporters all over, are disappointed so far in American President Trump’s Israeli policies, at least there’s no gut-level antipathy between him and Prime Minister Netanyahu. In addition it’s encouraging to hear Trump’s Ambassador to the United Nations, Nikki Haley, saying:

The question is whether or not there can really be an appreciable cessation of the anti-Israel policy and resolutions in the United Nations. In all honesty, I’m terribly pessimistic, because pretty much all of the countries in the world are against us, so even if Trump has the USA veto certain resolutions, it’s just a drop in the bucket. 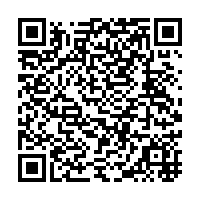