Way back when, it seemed like too good to be true when the idea of “autonomy” for Arabs in YESHA was first proposed. Of course they should take responsibility for their garbage collection, road building etc.


According to Wikipedia, the idea was first suggested by Yigal Allon of the Labor Party, soon after the 1967 Six Days War. But according to the Jewish Virtual Library, and my memories, it was Menachem Begin’s plan after he became Prime Minister in 1977. In a sense then a probably both right. That’s because Begin was the one who made it happen.

So, is that another of Menachem Begin’s big tragic mistakes? I think so. These seemingly harmless domestic responsibilities given to the Arabs here have morphed into dangerous terror states recognized as real states/countries by most of the world and all of the international bodies from the United Nations to the Olympics. And it has puffed up and strengthened Hamas, which unabashedly supports terror against Jews.

Senior-level PA officials urge Abu Mazen to cancel elections: “You will hand over the West Bank to Hamas”

You know what’s said about the road to hell being good intentions…. 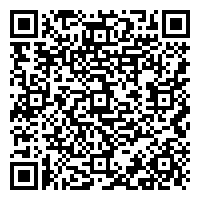