If you’ve been wondering why I haven’t written about attending any of the “anti-corruption” rallies, it’s because I don’t see them as sincere, or as it’s said in Hebrew, לשם שמיים, lisheim shamayim, for the sake of Heaven. They are clearly political tricks/cons to get Prime Minister Binyamin “Bibi” Netanyahu out of office. I agree that he’s far from perfect, but I don’t see anyone who can replace him, certainly not former Defense Minister Moshe “Bogie” Ya’alon.


It’s pretty obvious, that this “movement” is backed by people with a not so hidden agenda, and their agenda is to get Netanyahu out of office. If anyone has the means and connections, then please FOLLOW THE MONEY. I wouldn’t be surprised if it ends up coming form international Leftists, like Soros and those who financed the “anyone but Bibi” and V15 during the last Israeli elections.

The Obama administration is using taxpayer dollars to fund a radical anti-Israel group that aims to drive Israeli Prime Minister Benjamin Netanyahu from office in March parliamentary elections.
And the U.S.-based group receiving the U.S. government money, OneVoice International, in turn is working with V15, an “independent grassroots movement” in Israel, according to Ha’aretz. V15’s unofficial motto is said to be “anyone but Bibi,” a reference that includes the prime minister’s nickname.  complete article click

The International Left has plenty of money, but it didn’t help them in the USA 2016 Elections. Trump won.

I don’t trust Bogie any more than I’d trust Ehud Barak or Barack Hussein Obama and his backers. Years ago, I’d heard Bogie touted as the “great Right hope,” and I never saw him prove it when in office. That’s why I spent yesterday evening at a football game, American tackle football. I saw more honesty on the field, than I would have heard from the speakers at the demonstration. 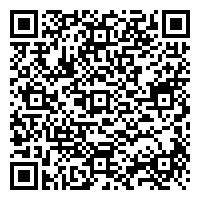