Contrary to what the pundits, media, diplomats and others are claiming, the only bullying going on is by them against the State of Israel.

“This decision is an outrageous assault to all universal values,” Turkey’s Foreign Minister Mevlut Cavusoglu said. “This is bullying,” he said of the US approach. “We will not be intimated.” And addressing the US directly, he added, “you can be strong, but this doesn’t make you right.” CNN

I missed being able to film a really hypocritical irony on CNN last night, when some blond woman being interviewed by the guy with the rough voice -and I would greatly appreciate if someone finds it, please post in comments- defended the countries voting against Trump/Israel by saying that every country has the right to do what it feels is in its best interests.


Nu? So, doesn’t Israel have the right to do what it feels is in its best interest, such as declaring our eternal Jewish Capital City, Jerusalem, as official Capital of the State of Israel?

Besides that, with all the evil violence going on all over the world, all the United Nations can do is to condemn the legally elected President of the United States, Donald Trump, for supporting the State of Israel’s legal right to decide its own Capital City. Duh?

Jews and other good well-meaning people from all over the political spectrum should really take a good look at what is going on in the world. This focus on condemning Israel and anyone who does more than just claim to support Israel’s rights as a sovereign nation proves how the world is against us.

Read the list of countries that voted against Israel’s right to chose its capital city and condemned the only state head who has supported that right with more than just empty words during a political campaign should be a wake-up call for you.

I’m being pragmatic and rational.

Don’t fear joining us, because the world will only be getting more dangerous, since this vote is facilitating, making excuses for and supporting international terror.

With all his obvious imperfections, give credit to Donald Trump for doing what others have promised to do. I guess that’s why he was elected. The anti-Semites and anti-Israelis, including many countries like Great Britain which have claimed to be Israel’s allies, have now shown their true hatred of Jewish rights, history and Israeli sovereignty.

I’d rather go forward with the knowledge this vote has revealed than to live in a dangerous fantasy filled “dreamland.”


Shabbat Shalom U’Mevorach
May You have a Peaceful and Blessed Sabbath, Gd willing 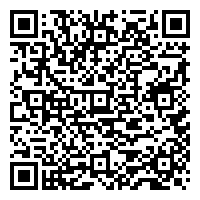