Quite a number of countries around the world have banned shechita, the Jewish way of killing animals for human consumption. They claim “humanitarian” reasons, but each of them permits hunting, which is the cruelest occupation imaginable. They call it a “sport.” Not only are the animals “taken by surprise,” but frequently the hunter does not succeed in a quick kill, and the wounded animal suffers terribly. There’s nothing more inhumane than that, especially when in many, or most, cases the animal isn’t even needed for food. This is sport, remember. Sometimes the animal is left to die or its skin/fur is used or the head is stuffed and displayed to show the prowess of the hunter, etc.

Shechita on the other hand is a very controlled ritual which not only requires training to teach the shochet, slaughterer, exactly where to cut and how quickly so the animal won’t suffer a slow painful death. Also the knife has to be extremely sharp to facilitate a painless kill.


It’s interesting that unlike the anti-Semitic hypocrites in other countries, Marine Le Pen, French National Front (FN) political party leader has asked French Jewry to sacrifice easily available kosher food to try to squeeze Muslims out of France. Her proposal is based on two fallacies:

I think Le Pen’s wrong on both accounts.
I agree with the pundits that Le Pen hasn’t a chance to win.

She has said during the current campaign that she would ban the wearing of kippahs in public in France in order to facilitate a ban on Muslim clothes. She has also said that she would make it illegal for French citizens to have an Israeli passport.
Le Pen has called on French Jews to make these “sacrifices” to curb radical Islam and has promised to be French Jewry’s “shield” against Islam.
French Jewish leaders have called Le Pen a “candidate of hate” and urged voters to support the leading candidate, centrist Emmanuel Macron, to keep Le Pen from winning. He won the first round with 23.7 percent of the vote. Polls from Tuesday predict he would win the second round by more than 20 points. Jerusalem Post 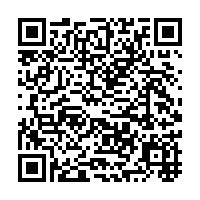