Like many Jews in Israel, who either live in Jerusalem or not all that far, I get to the Kotel, the Western Wall on occasion. It’s usually very quiet and peaceful. You can find people praying quietly there 24/7, yes, every single day of the week and all hours of the day. There are Jewish prayer books on both sides, women and men. On the men’s side there are Torah Scrolls taken out for the days and times they will be needed.

Some of the men pray as a group, and others say prayers and study the Torah quietly. The women’s side is always quiet.

You see Israelis and tourists of all races and religions quietly and respectfully approaching to pray and photograph the holy site. I’m always impressed at how carefully the tourists try to obey the rules, just like they do with visiting churches and mosques.

Jews and non-Jews don the hats and scarves offered to them by the volunteers. I’ve donated some of my unneeded scarves a few times and enjoy seeing them worn by women who came to pray and want to be respectful.

This nice atmosphere is disturbed once a month, on Rosh Chodesh-the first of the Jewish Month, when the group called “WOW Women of the Kotel” noisily barge in with a large contingent of photographers. They come equipped with Torah Scrolls, many put on Tefillin and Tallit, even though mainstream Judaism considers it unnecessary for women. They make a lot of noise, which attracts protest and attacks from “the regulars.” Their media people take lots of pictures of the disturbances. The women insist that the Kotel is theirs, too and that they have the right to pray there however they want. In a sense maybe they do have rights. When people come to pray quietly with their own prayer book, nobody checks if it’s a standard “Orthodox” one.

This group only comes to the Kotel an hour or two a month, one day a month.

There’s a principle in law, Possession is nine-tenths of the law. Those who are at the Kotel 24/7 are the “owners.” What we’ll call “Orthodox Jews” pray more than once a month. They pray not only daily but three times a day. And many also study the holy texts most of their waking hours, or as much as they can fit into their days.

Those who pray daily, even more than once a day, don’t do it as photo-ops, media events and protests.

I know that some of the women in WOW sincerely want to pray their way at the Kotel, but by barging in every month like this they will just keep on causing controversy. You have to start small and quietly. No press, of course. Show some true sincerity, and pray on other days. 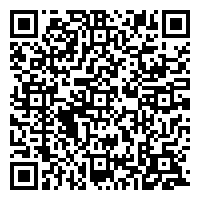