When people hear the word “refugee” the gut reaction is to think of those poor huddled masses escaping poverty and discrimination trying to find a new home, opportunities to assimilate into a warmer, better culture of opportunities, shedding their poverty and even culture and religion to give their children a chance for a better life.

“Give me your tired, your poor,
Your huddled masses yearning to breathe free,
The wretched refuse of your teeming shore.
Send these, the homeless, tempest-tossed, to me:
I lift my lamp beside the golden door.”

Whether Jewish, Irish, Italian or whatever, along with their aim to improve their lives and that of their children, there always was an unbreakable loyalty to the country that was giving them that opportunity.


Now in the twenty-first 21st century there seems to be a different sort of “refugee.” They more resemble the post-World War Two Nazis who disguised themselves as victims, even as Jews, in order to escape punishment. Today there are Syrians on a mission trying to enter and infiltrate all sorts of countries around the world to promote their terrorist agendas, more dangerous than the USSR “sleepers” of old, because they lack the patience that was inherent in those foreign agents.

I don’t think that anyone was surprised to hear that the terrorists involved in the recent attacks in Paris had entered France as refugees. As we all know, nobody is going to advertise their terrorist connections and plans when entering a country.

Countries all over the world want to find a way to limit and check refugees before allowing them to enter their country. And of course there are those like United States President Barack Hussein Obama who refuse to expand the screening process of those who want refugee status.

The legislation was introduced amid concerns over the entry of Syrian refugees in the wake of the discovery of a Syrian passport near the body of one assailant in the Paris attacks.
No less than 24 states announced earlier this week they would block the program to resettle Syrian migrants within their borders, though White House officials defended the current refugee program.
President Obama himself earlier on Wednesday struck out at Republicans, accusing them of demonizing “widows and orphans” and of “hysteria” following the Paris attacks. (Arutz 7)

Modern life, Europe and flying are just getting more and more dangerous. My friends and I here in Israel feel much safer than those abroad and have concerns over the safety if we have to travel to another country.

As as a postscript to this, I have no doubt that if, Gd forbid, a Palestinian sic state was to be established, the residents of such a state would be clamoring to leave. The only ones who would stay would be those “on the take.” I see that in the enthusiasm of Arabs who will do anything to work for Jewish businesses like the Rami Levy in Sha’ar Binyamin. It’s  a very convincing example of “voting with their feet.” They prefer Israeli rule over Arab rule. 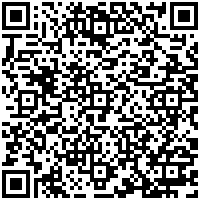