Russian President Vladimir Putin accused Turkey of a “stab in the back” after an F-16 Turkish fighter jet downed a Russian Sukhoi SU-24 with an air-to-air missile over Turkish air space.

Putin insisted the jet had been in Syrian airspace at the time and never threatened Turkish territory at all. He accused Turkey of aiding Da’esh (ISIS) and said Ankara was helping the terror group sell its oil in remarks prior to a meeting in Sochi, Russia with Jordan’s King Abdullah II. He warned the incident would have “serious consequences for Russian-Turkish relations” but offered no details.


Turkey said in a terse statement the Russian warplane had violated its airspace and had been fired upon only after repeated warnings by Turkish pilots. The Turkish military also released a map that it said showed the plane was shot down as it flew east along a narrow strip of Turkish territory slightly more than a mile wide, along the Syrian border.

“The aircraft entered Turkish airspace over the town of Yaylidag in the southeastern Hatay province. The plane was warned 10 times in the space of five minutes before it was taken down,” the Turkish military said in a statement.

“In line with the military rules of engagement, the Turkish authorities repeatedly warned an unidentified aircraft that they were 15 kilometers or less away from the border.” When the Russian aircraft ignored the warnings, “the Turkish Air Forces responded by downing the aircraft,” said a Turkish official, who spoke on condition of anonymity.

Prime Minister Ahmet Davutoglu ordered Turkey’s foreign ministry to consult with the United Nations and NATO, according to the statement from his office. NATO subsequently announced it would hold an emergency session Tuesday in Brussels to discuss the incident.

Russian foreign minister Sergei Lavrov was scheduled to arrive in Turkey for talks on Wednesday, but in a ninth-hour move cancelled his trip, reportedly due to the downing of the Russian warplane.

In Sochi, Kremlin spokesperson Dmitri S. Peskov told reporters, “It would be wrong now to give any assessments, assumptions or make any conclusions before we get a full picture. We have to be patient; it is a very serious incident, but again, without all of the information it is impossible to say anything, and it would be wrong.”

Footage of the Russian warplane dropping from the skies in flames into a forested area in northern Syria known to Turkish citizens as the Turkmen Mountains was broadcast over the Haberturk television channel on Tuesday.

Turkmen forces in Syria allegedly shot dead both of the pilots from the downed Sukhoi as they came down in their parachutes.

“Both of the pilots were retrieved dead,” Turkmen brigade deputy commander Alpaslan Celik told reporters, according to Reuters. “Our comrades opened fire into the air and they died in the air.” The Turkmen deputy commander held up what he said was a piece of one of the pilots’ parachutes.

Subsequently it was discovered that only one pilot was killed. 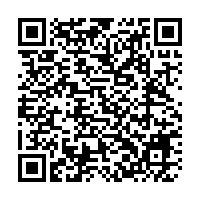