Believe me that Trump will get high approval ratings in the USA before the Arabs here will be willing to live in peace with Jews/the State of Israel. So, the bottom line is that instead of joining to world in trying to pressure Israel into suicide, Donald Trump and Jared Kushner should polish up POTUS’s image in their home country. There’s more of a chance they’ll succeed in that quest.

Team led by Kushner works on ‘ultimate deal’ for Mideast

As I’ve written many times, a “deal” isn’t peace. It’s not the same as as negotiating with a plumber for a job or a bank for a mortgage/loan. And as an Israeli I would want a “money back guarantee” including generous compensation for damages before ever accepting their “deal.” That would include an effective “undo” button to bring the dead back to life and full health to those injured by the Arabs.

Since not even Jared Kushner can offer a “deal” like I would require, there’s nothing to talk about.

The truth is that Arab violence against Jews predates the Zionist Movement, which predates the state of Israel. What’s most interesting is that although there was always Arab violence against Jews, more and more Arabs moved here from the surrounding areas, which weren’t independent countries, as Zionists began to industrialize the area and use agricultural methods that required more workers. Arabs working for Jews has been a common thing for over a hundred years.

The immigration of Jews to the Land of Israel greatly improved the economic situation here, a phenomenon that continues to this day. When Arabs are confident that they can talk anonymously and safely, they will say that the last thing they want is to live under Arab rule. Arabs who work in our local Rami Levy are considered very lucky and financially secure. Israeli minimum wage is considered a high salary, and the clans which have passed the security checks do their best to keep their good name in order to keep the jobs in the family.

A major reason that there is so much violence and instability in the Middle East is because the countries and borders aren’t “natural.” The borders were drawn by Europeans making “deals.” The various countries are made of clans and “tribes,” who never got along well.

The most stable country is Israel. That is because the Jewish People have retained its religion, history, customs, language and Land for thousands of years, even during a long exile. Yes, even when exiled, Jews continued to live here in the Holy Land, visit, pray and long for it.

There are more important things for Kushner to do for his father-in-law, and I wish him luck. As long as he butts out of my business…

Keep your dealing at home! 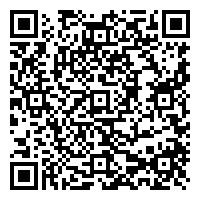