My soon to be neighbors were disappointed that the legendary Arik Sharon wasn’t enthusiastic about their building.  Sharon insisted that they had mad a mistake. The eastern hill which overlooks the east bank of the Jordan was a much better, more important and strategic place to develop than the area they had chosen. Putting facts on the ground was Sharon’s specialty, and that’s what he did. He told them that as Minister of Housing he was going to order fifty quality prefabricated cement homes for his preferred hill, now called Ramat Shmuel, and that’s what he did. Considering that there were just over thirty families living in Shiloh at the time, a neighborhood of fifty was life-changing for the small community.

When we visited the hilltop during Passover, we fell in love with it.  There were thousands and thousand of wildflowers covering the ground.  It had been a good wet winter, and since nobody had walked on the soil for a few thousand years, the delicate wildflowers grew profusely.


Sharon had a road bulldozed and the gorgeous hill was prepared for fifty homes.  In the end ten were allocated to Migdalim, and we got forty.  That first late summer and fall most were empty, so three were allocated to the new school which opened the day we arrived, September 1, 1981.  Within a short time, our neighborhood had more families than the veteran neighborhood had, especially after an even larger building project went up.

This Arik Sharon was the exact opposite of the Prime Minister Ariel Sharon who signed off on Disengagement which destroyed the lives of thousands of Jews, destroyed communities, businesses, schools and uprooted Jewish graves.

Chazal, our sages, say that sometimes when a Jew has lived a life with such contrasts, G-d wants to reward him in Olam haBa, the Next World, but first he must suffer sufficiently in This World to pay for his sins. Is that why Arik Sharon has been in such a coma all these years? 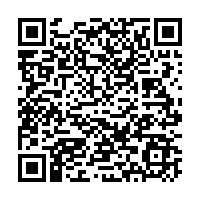