As the crisis of Turkey’s government and the country’s competing Islamists is deepening, the attitude of Prime Minister Recep Tayyip Erdoğan, leader of the ruling Justice and Development Party, known as AKP, is hardening – as are the positions of his opponents.


With new developments emerging daily, Erdoğan was confronted on January 1, 2014 with a petition by the former army general staff chief, Gen. İlker Başbuğ, that Başbuğ be released from a life sentence handed down against him on August 5, 2013, in the “Ergenekon” conspiracy trials, in which the Islamist government accused members of the secular military of supposedly trying to bring the government down. As described in the leading national media platform, the Hürriyet Daily News, Başbuğ was one of 275 suspects charged in the “Ergenekon” affair; other high military officials, journalists and academics were subjected to “aggravated life sentences,” which replaced death sentences, in the “Ergenekon” proceedings.

As noted in the same Hürriyet article, Başbuğ based his demand for exoneration on Erdoğan’s claim that “gangs within the state” and “members of the parallel state” had penetrated the judiciary, police, and other official structures. Erdoğan’s chief advisor, Yalçin Akdoğan, implied that members of the judiciary had “framed” military officers in the “Ergenekon” case.

Senior AKP legislator Mustafa Elitaş, told Hürriyet Daily News that Turkey could change laws to allow a retrial of the military officers convicted of plotting to overthrow Erdoğan. According to that Hürriyet Daily News account, Elitaş said of the army defendants, “We will, if necessary, make new legal arrangements to stop people’s unjust treatment.”

At the same time, and as reflected in the same Hürriyet Daily News post of December 31, former army General Çetin Doğan, accused and convicted of a similar plot in the “Sledgehammer” trial of military leaders, which ended in 2012, is preparing a complaint against a 20-year prison term imposed on him.

Erdoğan’s chief advisor, Akdoğan, then reversed course. In a press statement quoted by Today’s Zaman, another major Turkish newspaper, Akdoğan declared, “It is wrong to the utmost degree to use my previous writings to say that I have called some trials ‘false,’ ‘baseless,’ ’empty’ and ‘fabricated.’ Just as prosecutors need evidence to issue criminal charges, the defense, believing the evidence presented is false, needs to provide its own evidence to support its argument.”

Ironies abound in the current Turkish turmoil. Erdoğan and AKP were widely reported to have mounted the “Sledgehammer” and “Ergenekon” proceedings in a long-term Islamist bid to cut down the influence of the secularist military. London Guardian correspondent Simon Tisdall, noted on September 25, 2012 that Turkish military commanders had carried out three coups, between 1960 and 1980 (including a full-fledged takeover in 1971), and had forced AKP out of power in 1997.

Tisdall continued, “Tensions between the AKP and the military, proud guardians of [Turkey]’s secularist legacy, were at times acute. It is not difficult to imagine the generals wanted rid of Erdoğan.”

The AKP seems caught between its desire to defend the two anti-military trials and to rein in a process that has escaped its control, with the judiciary turning on Erdoğan’s party leaders. A December 31, 2013 Reuters news agency wire ascribed to AKP deputy prime minister Ali Babacan a claim that subversion of the AKP administration was the motive for a “graft inquiry [that] became public on 17 December with a series of raids and detentions of senior businessmen close to Erdoğan, and of the sons of three ministers.”

The same Reuters account pointed out that “Erdoğan has, without naming it, accused a movement led by the Turkish cleric Fethullah Gülen of creating a ‘state within a state,’ using influence in the police and judiciary in a campaign to discredit the government. The [Gülen-led] Hizmet (Service) movement controls a global network of schools and businesses. Tensions have grown between the two former allies over elements of foreign and domestic policy and moves to close Gülen’s private schools in Turkey.” 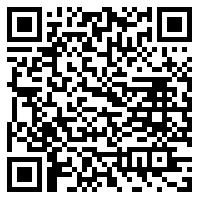