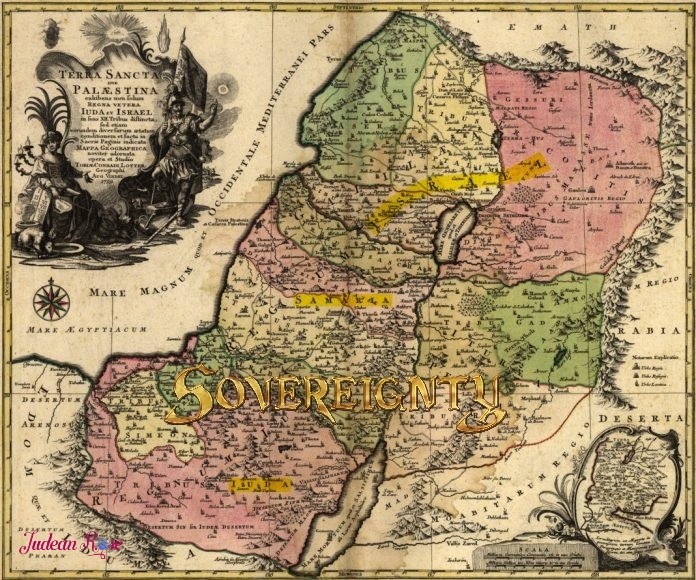 As we approached the northern entrance to Efrat, my husband gasped. A car with Palestinian Authority license plates had run a red light, right in front of us. It was nighttime and we were returning from Jerusalem to our home in the Judean Wilderness. We’d traveled there to receive the second of our two vaccination shots against COVID-19. Watching that car speeding past, the driver ignoring the stop light, my first thought was that this wouldn’t happen if Israel exercised sovereignty here in this place, in Judea. My second thought was that people have no clue that sovereignty is about more than land rights.


As the errant driver passed the bright red traffic light, the safety of other drivers on the road in the dark of night was clearly not his concern. And since the residents of Judea and Samaria live under martial law, there was also no one to apprehend him for his misbehavior. Here is a driver who never had to take into account the niceties or legalities of risky driving behavior. Why should he? There is no one to deal with those who drive dangerously on the roads of Judea and Samaria.

According to Prof. Eugene Kontorovich, head of the International Law Department of the Kohelet Policy Forum, it’s not just a matter of no one to police the roads. Without sovereignty, there’s simply no law and order. “By preventing the normal administration of law and policing, the existence of military law, and in particular the Civil Administration, prevents effective enforcement against property crime,” says Kontorovich. “The military is not organised to be property police, and the Civil Administration does not see law enforcement as its primary priority.”

Crime Doesn’t Care About Your Religion

Crime, by the way, is not exclusive to Jewish residents of the territories. Because crime doesn’t care about your ethnicity, religion, or nationality. Though religion does matter–along with your gender–when it comes to inheriting or purchasing property. Naomi Linder Kahn, director of the International Division of Regavim, explains:

“Both Arab and Jewish residents are suffering as a result of the legal limbo that has existed in the territories since 1967, where outmoded Jordanian and Ottoman law is still being enforced by Israeli courts. The old Jordanian legislation means that women—whether Arabs or Jews—cannot inherit or purchase land in Judea and Samaria. Worse yet, Jordanian laws still in effect prevent Jewish people of either gender from purchasing land anywhere in Judea and Samaria, in what is a clear case of Israel propping up an antisemitic policy. Finally, Israel continues to uphold outrageous Ottoman laws no longer in effect anywhere else in the world for over 100 years that allow for property theft through agricultural land use in territory over the Green Line.”

Beyond these points of concern, there are many more problems that go unresolved as a result of the failure of Israeli leadership to implement sovereignty. But while sovereignty is currently relegated to the backburner for a variety of reasons, the sole issue of the Sovereignty Movement (Ribonut) is to keep the issue of Israeli sovereignty front and center. Asked about the implications of sovereignty beyond the issue of land, Nadia Matar, co-founder of Ribonut, along with Yehudit Katsover, reframed the issue to show how the application of Israeli law to Judea and Samaria would necessarily improve society. Matar provided a bulleted list:

“But above all,” says Matar, “sovereignty will be an official political and national statement that this land is ours.”

It is this last point that resonates most of all with those of us who live in Judea and Samaria. We poke along under an onerous and archaic quasi legal system–one that is woefully subpar, ignoring as it does, infractions of basic legal norms. The Jewish residents of Judea and Samaria must put up with a lot, simply for the privilege of being here: the unfairness of how we are treated compared to other Israelis; the dangers of living beyond the Green Line; and living without the standard legal rights our contemporaries have come to expect.

From our point of view, you see, it doesn’t matter who sits in the White House, Trump or Biden. What matters is who sits in the prime minister’s seat in Jerusalem. And we are waiting for someone who has the stones to declare our sovereignty over all our land, at last.