In 9/13, the attacks of September 11 are not considered especially significant. 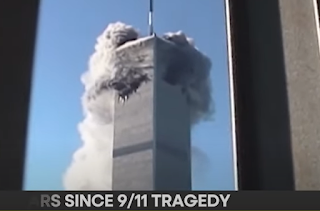 In 9/13, years have passed without significant Islamic terrorist attacks taking place on American soil. In past surveys, concern about Islamic terrorism ranks in the low single digits behind everything else.

In 9/13, culture wars, COVID, pronouns and other concerns have vastly eclipsed not only the barbaric mass murder of thousands, but the recognition that we are at war. And that war is far from over.

In 9/13, the people who once specialized in talking about the threat of Islam have increasingly moved on. And it’s hard to blame them. No one really wants to hear it anymore. It’s yesterday’s news.

In 9/13, Mehmet Oz is the GOP Senate candidate, and he’s not the only one, Saudi Arabia is our ally again and the vast majority of Americans polled don’t think that there’s anything wrong with Islam.

America’s Islamic population is growing. The open border doesn’t just bring in drug dealers and gang members, but massive numbers of people from the Muslim world. The Afghan airlift and visas will probably end up importing at least a quarter of a million as family reunification kicks in. Our national demographics are being transformed with the same eventual outcome as Europe.

But it’s 9/13. When I write articles about Islam, they perform worse than anything else. And I don’t have the same raw feeling toward the day that I used to. The ash used to haunt my nightmares. I snuck past the law enforcement and military presence downtown to make it to the site, the twisted mess of what was left, because I needed to know up close that what I had seen was real. But it’s not the same.

I hope it is for you. But I don’t think it is for most of us.

Back then, afterward, I wondered how it was possible to move on and to forget. I was still young then and I concluded that the answer had to be time. With time, pain dulls, what seems fresh grows stale. Such things were abstractions then. I hadn’t lived through phases of history or seen generations change.

That’s no longer true. I’ve seen how people can change. How they can go mad. And how they can forget.

9/13 means we’ve done it. We fought in Afghanistan and Iraq. It’s time to move on now. Maybe take a day to remember the people who died in the towers, in a field, bow our heads and go on with what really matters today.

After WWI, most people were done with world wars. But world wars weren’t done with them. That’s a poor analogy because the Jihad isn’t some nationalistic European grudge match. It’s a thousand-year assault on the rest of the world that will not stop just because we’ve decided to move on.

Early on WW2, wags joked that it was the Bore War because nothing seemed to be happening on the western front. The jokes made sense at the time. But they stopped being funny really fast.

Americans recalibrate quickly. We believe that the world is always changing. TikTok, machine learning, quiet quitting, this week’s trend. The past is… past. We quickly forgot about the airline hijackings once they became yesterday’s news. We’re more than ready to forget Islamic terrorism all over again.

But Islam does not forget.

Reality is what exists even when you stop paying attention to it. Ideology and opinion don’t matter. Marxist ideologies claim to know the future and believe it will be dramatically different from the past. But the only reliable way to predict history, as Patrick Henry told a bunch of men long since dead, is with the lamp of experience. The best way to know the future is to know the past.

And sometimes that may even mean living in the past.

Living in the nanosecond has not served our sanity, our reality or our culture very well. But it means that we are always leaving things behind. History keeps vanishing in the rearview mirror. The outrage of the moment fills our minds. And then the next and the one after that. And all the others to come.

September 11 is not just a day. It was a wake- up call. And many of us woke up. But it’s easier to wake up then it is to stay awake. And yet the war we’re in isn’t going anywhere. It’s only getting worse.

Islamists and Islamic terrorists accomplished their main purposes which were to drag America into political and military engagements with them, ones that they were bound to win through sheer staying power, while they infiltrated our political system and spurred massive immigration into our country.

Islamic terrorism became a partisan issue. And then it ceased to be even that. Democrats have embraced Islam and Republicans, as usual, are tagging along for the ride. Even the conservative landscape is dotted with apologists, truthers, conspiracists and other sympathizers. Meanwhile we’re losing.

The demographic conditions are coming into place for a next wave of Islamic terrorism which will depend not on internationally coordinated attacks, but domestic terror cells following up on the ‘lone wolves’ like the Boston Marathon bomber and the Pulse nightclub shooter.

Every few weeks another Islamic terror plot is broken up. I wrote about them sometimes. Sometimes someone even reads the article.

Before 9/11, I had a sense of a dimly understood future rushing toward us. I still have that sense now. 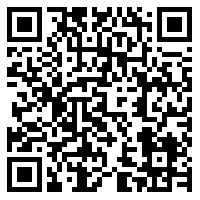