White House Democrats have a history of fighting against terror victims suing Islamic terrorists. The Obama administration battled American terror victims suing the PLO. In 2015, after they won a $218 million judgement against the terror group, Blinken, then only a deputy secretary of state, intervened claiming that the lawsuit threatened “several decades of US foreign policy.”

But now Biden is fighting 9/11 victims on behalf of the Taliban. At stake are billions being held by the Afghan central bank fund in the United States.

A decade ago, 9/11 families sued the Taliban, Al Qaeda and Iran. The court found that the Islamic terrorists were responsible and a judgement of $6 billion was handed down.

The verdict was described as “symbolic” at the time. CBS News commented that “it would be near impossible to collect any damages, especially from the Taliban or al Qaeda.” But that was before Biden turned over Afghanistan to the Taliban. Since Afghanistan has assets in this country, including $7 billion in bank funds, it’s now entirely possible to collect that money.

Or it would be if the guy who let the Taliban take over wasn’t also in the White House.

Biden officially announced that he was splitting the $7 billion between the families of the victims and a “trust fund” to provide “humanitarian aid” for the people of Afghanistan.

But that was just another one of his many lies and double crosses involving Afghanistan.

The $3.5 billion was placed in a separate trust that would be “separate and distinct” from the around $800 million the Biden administration has already spent on aid to Afghanistan. Officials admitted that the money could actually be used for matters other than “humanitarian aid”.

The media headlined it as, “Biden frees frozen Afghan billions for relief, 9/11 victims”. But a Biden official admitted that it was done to stop 9/11 families from getting access to the money.

“Absent action by us, these funds were likely to be tied up in courts for years, while the action we have taken stands the best chance of more quickly freeing up a large portion for humanitarian support,” the official argued. As a Lawfare blog post noted, “the administration’s plan would insulate nearly half of the Afghan assets at issue from these attachment efforts.”

What Biden actually did was take the money off the table for 9/11 victims. And it got worse.

Secretary of State Blinken claimed that the administration “will continue to support these victims and their families, recognizing the enduring pain they have suffered at the hands of terrorists, including those who operated from Afghanistan prior to the September 11 attacks. These victims and their families should have a full opportunity to set forth their arguments in court.”

While the 9/11 families would have their claims “heard in court”, neither Biden nor Blinken mentioned that the administration would be advocating against them.

On the same day as Biden’s executive order reserving $3.5 billion for the terrorists, his Justice Department filed a statement of interest in court arguing that the judgement for the victims of terrorism was too large and that actually turning over the money to them would interfere with the Biden administration’s foreign policy in Afghanistan.

Now a magistrate judge has repeated back most of the DOJ’s arguments, ruling against the 9/11 families who were laying claim to the other half of the money. Judge Sarah Netburn’s arguments closely mirror the contradictory positions of Biden and the DOJ. And they reveal the underlying corruption behind the ambiguous status of Afghanistan’s central bank.

Netburn, like the Biden administration, contends that the Afghanistan bank enjoys “sovereign immunity” because the country itself was not sanctioned as a terrorist state, only the Taliban were. And that the Taliban once again control Afghanistan is irrelevant, according to the judge, because Biden hasn’t recognized the reality that this is actually the case.

Banks don’t enjoy “sovereign immunity” and neither do the Taliban. Netburn and Biden act as if there were some entity representing Afghanistan that is not the Taliban. That position might make sense if they were backing a resistance movement to the Taliban. But they’re not.

Instead the Biden administration has maintained a deliberately ambiguous position for Afghanistan’s central bank as being both under and not under Taliban control. This is convenient because it allows the Biden administration to use the financial institution as a vehicle and to restrict its access at the same time. The bank’s leadership, a mixture of terrorists and wonks linked to the former government, maintains that same calculated ambiguity.

The deputy governor of the bank is Noor Ahmad Agha, a Taliban leader listed as a specially designated global terrorist. Shah Mohammad Mehrabi, a member of the board of governors of the bank, lives near Washington D.C. and teaches at Montgomery College, has made his own media tour demanding that the United States release funds to the bank.

Biden is unable to do that until he thoroughly defeats the 9/11 families in court.

If Biden releases the money to the Afghanistan bank before that happens, the 9/11 families will be able to argue that the administration is contradicting its own position. Biden wants to reserve all $7 billion for the terrorists and so he has to hold off long enough to defeat the terror victims.

The level of betrayal here is worse than even the Obama administration.

The Biden administration claims that the money will be used for “humanitarian aid” and will not go to the terrorists. That’s another lie and it’s been disproved by its publicly stated policies.

The Biden administration has issued global licenses authorizing financial transactions with the Taliban and the Al Qaeda allied Haqqani Network that include, in the Treasury Department’s own words, “delivery and provision of humanitarian aid or shipments”, “administrative issues”, “donor coordination meetings”, “sharing descriptions of projects”, “coordination with regard to travel”, “participation in technical working groups” and “sharing of office space”. Not to mention the “payments of taxes, fees, or import duties to, or the purchase or receipt of permits, licenses, or public utility services from, the Taliban, the Haqqani Network.”

At the end of July, Biden’s representative met with “senior Taliban representatives” to discuss  “ongoing efforts to enable the $3.5 billion in licensed Afghan central bank reserves to be used for the benefit of the Afghan people”.

Even while the Biden administration and its allies insist that the other $3.5 billion set aside to meet the claims of terror victims can’t be released to them because that would “implictly” mean that the Taliban are being recognized as the government, Biden’s diplomatic representatives can meet with them and conduct negotiations about giving them the other $3.5 billion.

Releasing money to 9/11 terror victims would “implictly” recognize the Taliban, but engaging in sustained diplomatic negotiations with them as the governing authority somehow does not.

The Taliban privately understand that Biden can’t release the $3.5 billion to them until he beats the 9/11 families in court. And then they’ll potentially get access to the whole $7 billion. This corrupt charade is being played out for the benefit of the equally complicit judiciary and media which is cheering the downfall of the 9/11 families and waiting for the cash to go to the Taliban.

Reuters headlined its story, “Afghans outraged as 9/11 families lay claim to frozen billions”. There’s no real ambiguity as to which side Reuters, the media and Joe Biden are on.

In October 2001, Biden proposed that, “this would be a good time to send, no strings attached, a check for $200 million to Iran,” He’s managed to send much more money than that to the Islamic terror state since, but now he’s preparing to send a $7 billion check to the Taliban.

All he had to do to get that money was lie and cheat 9/11 families. 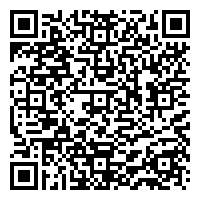