As Governor Rod Blagojevich once said of Obama’s Senate seat, “It’s a f____ valuable thing, you just don’t give it away for nothing.”

A Supreme Court seat is even more valuable and with the Senate stalemated, the two big factions of the Democrat base are furiously fighting over who gets to ‘Blagojevich’ it.

The superannuated struggle over the seat of Justice Stephen Breyer, who chose to retire at the age of 83, pits Rep. Jim Clyburn, 81, against Senator Bernie Sanders, 80. Both are demanding that Joe Biden, 79, let them ‘Blagojevich’ the “f____ valuable” Supreme Court seat.

(None of them however are planning to follow Breyer’s example and retire at 83 with Bernie Sanders set to run again in 2024 even though he’ll be 83, Clyburn declaring, “Hell, yes”, when asked if he intends to run again this year for a term that will take him to 83, and Joe Biden insisting that he will run for reelection for a second term that would take him to the age of 86.)

Both Clyburn and Sanders have a claim to the contract on Joe Biden’s soul.

Clyburn turned out the black vote for Biden, dragging him through the South, and enabling him to hold off Bernie and Elizabeth Warren. Biden and Bernie then agreed to a unity pledge that united the Democrats behind a candidate to whom the usual response was, “Huh, him, why?”

In politics, nothing is free. Biden mortgaged his presidency to Clyburn, Warren, and Sanders.

But there’s only one Supreme Court seat available. And only one fundament, no matter how diverse, can be planted on the wooden bench. The question is whose fundament will it be?

Biden got the pretense of even pretending to pick the best candidate out of the way when he vowed that the only candidates he would consider were black women. And not Judge Janice Rogers Brown whose nomination to the Court of Appeals he had blocked two decades ago.

But the question is which black woman? 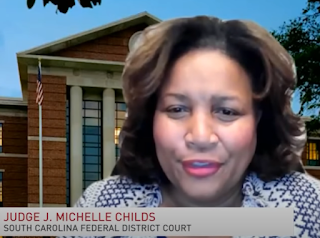 Biden’s promise wasn’t some noble call to remedy a historical injustice, but a pitch to black voters in South Carolina that was made at the urging of local political kingmaker Clyburn.

When Biden first made ins infamous “promise” at the South Carolina Democrat debate, he told

Oprah pal Gayle King, “I’m looking forward to making sure there’s a black woman on the Supreme Court” and then responding to audience noise with, “Not a joke — not a joke.”

It’s a joke, but like everything involving a crooked senile hack being given free access to the White House, the national treasury and foreign policy, it’s ultimately not very funny.

Biden’s promise worked though. He won nearly half the vote in South Carolina leaving Bernie Sanders a distant second. The other candidates hovered around the single digit mark.

Clyburn delivered South Carolina, the South and the party’s nomination. He wants to be paid.

The White House is full of Clyburn’s people, but a Supreme Court seat is still a “f____ valuable thing”. Biden promised it to Clyburn who picked his own nominee and is working the room.

While the lefties are pushing their gals through the media, Clyburn took Judge Michelle Childs to meet members of the Senate and recruited Senate Republicans, including Senator Lindsey Graham, to promise to support her. Elizabeth Warren and Bernie Sanders got into a snit and refused to meet her which allows Clyburn to imply that they’re a bunch of racists.

Give the third-highest ranking House Dem credit, he knows how to hustle.

Childs is a typical non-ideological product of Congressional Black Caucus patronage. She wouldn’t make a great justice, but neither does she go to bed every night plotting to destroy America. You can expect bad decisions from her, but not particularly creative ones.

Socialists would like someone dedicated to completely dismantling the country and supporting every insane scheme in the book. And they’ve got a shortlist of horrifying candidates.

Demand Justice had sent around trucks blaring, “Breyer, retire. It’s time for a Black woman Supreme Court justice. There’s no time to waste.” Once word of Breyer’s resignation leaked , the leftist group took credit for the liberal justice having been “shamed” by the “gushing fire hydrant of bullying tweets”. And the Soros-backed group has its own “shortlist” of justices.

While none of these people are getting nominated, two of them aren’t even black women, the Demand Justice shortlist also includes Ketanji Brown Jackson, and Leondra Kruger who top the leftist shortlist and whom the media has been promoting non-stop for the Supreme Court. 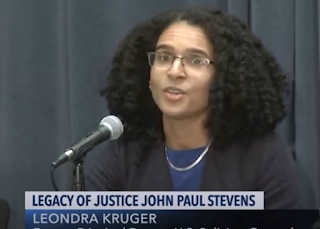 Leondra Kruger, the daughter of a Jewish doctor and a Jamaican immigrant, is another Kamala Harris who slithered her way up California’s political ladder.

Kruger had never even been a judge until Governor Jerry Brown put her on the Supreme Court before she turned 40 because she had the right political credentials..

Now the media is working hard to put her on the Supreme Court.

At only 45 years old, Kruger would have a long tenure in which to reshape the court.

But a half-Jewish half-Jamaican product of the California leftist machine is not what Clyburn had in mind when he got Biden to promise to put a black woman on the Supreme Court.

While the Left and the media keep touting Kruger, Clyburn has pushed Childs. The Left, unwilling to just say that its real objection to Childs is that she’s not the product of their political network and sworn to their radical agenda, has accused her of working for “corporations”.

That’s a hilarious charge considering that Demand Justice is backed by Soros, Swiss medical tech billionaire Hansjorg Wyss, and other wealthy businessmen. Without corporations to fund them, the American Left would be stuck handing out badly mimeographed pamphlets on college campuses inviting people to seminars on Marxism. But they can’t quite call Clyburn a racist.

And accusing their enemies of being corporate stooges is the Left’s only fallback position.

The battle over the Supreme Court seat has unraveled the uneasy alliance between the black political machine and white leftist wings of the Democrats. Most things could be shared, but there’s no way to share a Supreme Court seat and both are determined to claim the prize.

But whom will Biden pick?

Despite promising to match President Trump and release a Supreme Court shortlist during the campaign, Biden never did. Instead he let everyone, including Clyburn, believe he would name their candidate giving him the maximum flexibility to bribe one side at the right time.

The political calculus here is as crass as a Hunter Biden art show. Biden needs the support of black voters and lefties to win a nomination for another term. He’s polling deep underwater. The question is does he double down on his black loyalist base who got him to the nomination or does he make a desperate play for the Left which is likely to run a candidate against him.

Bernie’s people have been insisting that they will primary him in 2024. (Probably not by Bernie though.) The Bernie network has also been warning against a Childs nomination. And if either side can get a few Senate Democrats to commit to voting against Childs or Kruger, the Supreme Court nomination could go the way of Build Back Better. And Republicans wouldn’t mind.

Clyburn’s pitch is that some Senate GOPers like Graham will back his candidate even if Sanders and Warren won’t. The Left’s sales pitch is that they’ll sink Biden and take the rest of his first term (not to mention any implausible second term) down if he defies their will.

Does Biden reward his black allies or appease his leftist enemies? It’s a tough call. And that’s what will determine which particular inept hack ends up on the Supreme Court. 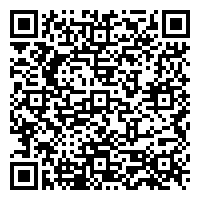