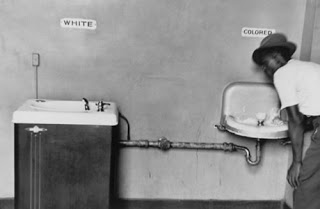 Vaccine passports aren’t coming: they’re already here. And while discriminating against people based on their vaccination status is bad enough: the implications are even worse.

A vaccine passport transforms all of society into a two-tier system, but the basis for it isn’t a needle, it’s a set of government guidelines that were based on identity politics or ‘equity’.

From the CDC’s Advisory Committee on Immunization Practices to various state equity initiatives, some even worse than the CDC’s push to prioritize people by race, the vaccine rollout was designed to put minorities at the head of the line. These prioritizations were meant to be invisible, using disparate impact to advance groups with the right demographic skew.

The government using race to prioritize medical treatment is horrifying enough, but vaccine passports take the biased vaccine system and embed that bias into everyday areas of life.

The end result is a horrifying cross between China’s social credit system and the racial segregation of the South. Call it the equity credit system based on racial and sexual identity.

Take New York’s ‘Excelsior Pass’: an app which allows users to get into events by showing their vaccination status. Excelsior is still in the testing phase, but it is based on IBM technology and variations of it are likely to be adopted by multiple venues and states once the testing is done.

California had previously tethered reopenings to ‘equity’, but vaccine passports shift the burden from the region to the person, using the criteria of an inherently racist system to determine access. In New York City, Mayor Bill de Blasio announced that the city would use the Taskforce on Racial Inclusion and Equity’s demographics to “prioritize appointments for residents at vaccine sites in the Taskforce neighborhoods, setting aside specific hours and slots”.

What that really means is that the people more likely to have an Excelsior Pass are those who benefited from the racial discrimination policies of New York City’s equity. Expand that pass and New York City becomes the new epicenter of racial segregation under the equity credit system.

Generations after the end of segregation, the pandemic has been used to impose racially discriminatory conditions that have the potential to recreate the worst of segregation with people being barred from eating at diners or riding the bus because of the color of their skin.

The social and economic consequences of vaccine passports could easily become as devastating as those of segregation by preventing store owners from doing business, segregating flights, and determining who is allowed to socialize and who isn’t. And while the vaccine rollout will come and go, the legal precedents created here will not easily disappear.

Governments don’t give up emergency powers even after an emergency has passed. And using equity to prioritize vaccines and then using that as a passport to a normal life is creating an entitlement. The special interests who benefit from that entitlement, the multitude of task forces on equity that have popped up in the last year, are not about to let go of their new power.

Some vaccines will require booster shots. New strains will continue to pop up. Just as some experts insist that masks should be a long-term mandate, the regular development of new vaccine booster shots, and their allocation, and the resulting vaccine passports could create a system of medicalized segregation meant to enforce the identity politics goals of the Left.

What we are experiencing now may very well become an annual rite of medical social justice.

Vaccine equity is a vicious cycle. Since more members of minority groups are skeptical of the vaccine, more resources are directed at vaccinating them. The more resources are directed at persuading minorities to be vaccinated, the more skeptical some members are likely to become. Unable to organically meet the minority vaccine demographic targets, equity will be used to prioritize those minorities willing to be vaccinated while excusing those who don’t. Since disparate impact would not allow for minorities to be excluded from a vaccine passport system, they will receive access on the grounds of having a legitimate reason to refuse vaccinations.

We’ve already seen this play out when Cornell University students who “identify as Black, Indigenous, or as a Person of Color” were told they could opt out of a flu vaccine, and Lincoln County, Oregon, decided to exempt minorities from its mask mandate if they have “heightened concerns about racial profiling and harassment”.

Not only has equity prioritization for vaccines baked the bias into a systemically racist pipeline, but there will also be a racial double standard for those who opt out of the pandemic regime.

Skepticism about vaccines and hostility to pandemic measures have been treated very differently along racial, ethnic, and religious lines during all of last year much as political protests by lockdown opponents were banned on the grounds of public health, while the Black Lives Matter riots were endorsed, celebrated, and mandated by the political establishment.

The medical experts eager to warn about the dangers of Trump rallies or Chassidic weddings were hesitant to express any doubts about the health impact of thousands of race rioters.

Beyond the left-right paradigm, there is a clear racial bias when it comes to the censorship of vaccine skeptics with Robert F. Kennedy Jr. being banned from Instagram while Louis Farrakhan and the Nation of Islam are free to use the platform for attacks on vaccines.

The leftist establishment sees vaccine skepticism from minorities as understandable, if mistaken, responses to oppression, and is much more willing to excuse and tolerate it.

Vaccine passports would build these biases into the basis for systemic medical discrimination that would make it increasingly difficult for people to go out in public, earn a living, or just exist on the basis of their race. Unlike China’s social credit system, the equity obsession of our elites is obsessed with punishing or rewarding people based on their identity politics category.

The emergency powers of the pandemic have given our elites the power to do just that.

Vaccine passports would plug into an already pervasive equity credit system built around systemic racism that deprives people of basic needs and civil rights on the basis of race.

Access to higher education, to employment, to mortgages, and government contracts, is already based on a system of racial discrimination as egregious as anything in the segregated South.

Americans have accepted this silent systemic racism for generations. But the new vaccine segregation threatens to turn the equity credit system from covert discrimination, rewarding some on the basis of their group identity or feigned group identity through affirmative action, to an overt system that segregates those with poor equity credit from being able to live their lives.

A civil rights system that was built to reverse segregation is instead laboriously recreating it, by embedding the racial inferiority theories of critical race theory into schools and workplaces, denying medical treatment, and even the ability to eat out at a diner based on race.

The only thing missing are the separate water fountains for those with a poor equity score. 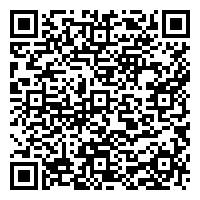