June has been a banner month for Muslim lawsuits against the NYPD. First “Muslim Advocates” filed a lawsuit against the NYPD on behalf of some New Jersey Muslims attending mosques that the NYPD had assessed as a potential terrorism risk. The Muslim Advocates, like every other Muslim “civil rights” group, has a history of covering up and defending terrorism.

The media is full of sympathetic interviews with Muslims, who are baffled as to why the NYPD might be surveiling mosques and Imams. Farhoud Khera, the head of Muslim Advocates, complains, “There was explicit reference to the fact that they weren’t targeting Syrian Jews or Iranian Jews or Egyptian Christians, but really, the focus was on Muslims.”


The extensive Coptic Christian and Persian Jewish terrorism sprees aside, the goal here is to get the NYPD to play the same “Three Blind Monkeys” game that Federal law enforcement has taken up. And the only answer is the TSAization of the NYPD, as the last remaining counterterrorism force will prove that it isn’t singling out Muslims, by surveiling Methodist churches and Chassidic synagogues for signs of terrorist sympathies.

Less notable, but in some ways more significant, Farhan Doe, a Muslim rejected by the NYPD because he said gays should be imprisoned, has sued the police for rejecting him because of his views. Farhan Doe isn’t alone in believing that, but unlike non-Muslim applicants, he comes out of a cultural and religious background in which imprisoning people because they offend your morals is the duty of law enforcement.

Farhan’s (predictably, Jewish) lawyer says that his client has the right to believe whatever he pleases, and he has a point. But the question is with enough Farhans in the political, judicial and enforcement arms, how long will the rest of us have that right?

Tolerating people who will not tolerate you is fine, so long as they draw the line between ideas and action. The NYPD isn’t surveilling New Jersey mosques because there are some bigots in blue who dislike immigrants, as the Associated Press, the American Civil Liberties Union and the whole lawyer-media complex would like you to believe. It’s doing it because New York City’s biggest serial killers and aspiring serial killers are Muslims who kill in the name of their ideas.

Their biggest idea is that Allah had sent Mohammed to make Islam “victorious over all religions, even though the infidels may resist” (Koran 61:9). And when the infidels resist, that’s when you kill their soldiers, sue their police officers, and blow up a few buildings. Then you complain to the media that the infidels are persecuting you by spying on the mosques where the “Big Idea” is declaimed to the faithful and refusing to allow you to join the police force just because you think that Islamic law supersedes American law.

The Clash of Civilizations is all-encompassing. It doesn’t just cover the big thing, like ramming planes into skyscrapers, but also the little things. Police forces don’t enforce law, as much as social harmony. The Nineties were a grand experiment in changing troubled neighborhoods by improving their quality through selective enforcement on quality of life offenses. The NYPD’s successes were credited to that experiment. But who decides what social harmony and the social good are?

For Mayor Bloomberg, it’s banning large sodas. For Farhan Doe, it’s banning homosexuals. When there is no limit to government infringement on rights, then the law is a collection of bugbears and control mechanisms. Islamic law on covering up women got its start when one of Mohammed’s companions spotted one of Mo’s wives at night and was able to tell her apart due to her height. This somehow made for a convincing case for compelling every woman to be covered up head to toe.

It’s senseless, but so is fighting obesity by banning people from buying large sodas. When the obsession of a few men is turned into law, then the result is equally contemptuous of the individual as a rotting sack of vile habits which he has to be forced to abandon by the majority of the law. Once you abandon the rights of the individual to the fiat of activists, judges and politicians– then laws can be made by anyone who wants them badly enough. The same process of judicial activism, hysteria, violent attacks, and pressure groups that created gay marriage can one day lock up the happy couples. It’s only a matter of who is making the laws. 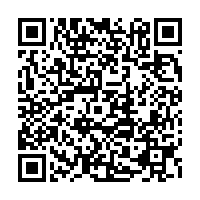