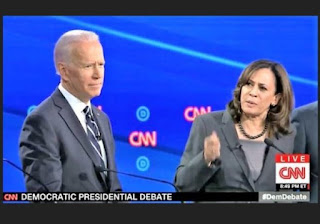 The Biden administration is officially the Biden-Harris administration, Kamala has received a raft of important assignments covering everything from illegal migration to election rigging, and the man at the top was suggesting that he might just stay one term before stepping down for her.

Before the election, Biden’s people were quoting him as saying, “I want to find a running mate I can turn things over to after four years.” Kamala isn’t that mate because Biden more recently announced, “My plan is to run for reelection.” So much for the Biden-Harris administration.


Poll numbers show that Kamala remains unpopular and administration officials keep leaking damaging materials about her to a media that appears curiously eager to run with them.

The campaign is the work of Biden’s allies who have calculated that the more they weaken Kamala, the less likely their boss will face pressure to step down on her behalf. Kamala Harris went from embodying the woke cultural moment as the first black woman in the White House to recapitulating her humiliating primary race in which she raised $36 million and dropped out without even trying to compete in a single primary election while blaming racism.

A black woman with strong ties to the black establishment or to the Left would have mobilized major political and cultural pressure on Biden to step aside in her favor. Even a black politician with a track record of likability and good poll numbers might have forced Biden to stand down.

So he picked Kamala who has few ties to the black establishment and is hated by the Left.

Black Democrats liked Biden a whole lot more than they liked Kamala which is why black voters ignored her busing debate stunt. Kamala tried to win over the Left by flip-flopping on socialized medicine even as lefty Twitter mocked her as an insincere phony who couldn’t be trusted.

Kamala has no constituency. Aside from a small base of social media fans, many of whom are probably paid bots, there’s no part of the Democrat voting base that’s enthusiastic about her.

How could someone become a member of the Senate and then enter the White House without a constituency? To paraphrase Don King, “Only in California.” California politics were shaped by Willie Brown’s proteges like Kamala, Gov. Gavin Newsom, and Mayor London Breed. Democrats consolidated control over much of the state while elevating officials through patronage, radical politics, and mega-donor money. This new breed of politicians had little to fear from elections that were effectively decided long before the votes were ever cast.

This new breed of California politicians was incredibly weak at the basics of retail politics.

It’s not just Kamala. Newsom proved to be a weak and unpopular figurehead who’s facing a recall. London Breed is struggling in San Francisco. Ed Lee, her predecessor, would probably be under indictment if he were still alive. Weak figureheads were convenient for Willie Brown, but created a generation of untested politicians nurtured by a corrupt one-party state.

Kamala is representative of California Democrats who outside the hothouse of their one-party state don’t know how to actually campaign, debate, or do anything except pose for photos.

A generation of California Democrats don’t know how to compete because they’ve never had to.

Kamala isn’t the new Obama. He built deep roots with the Chicago Democrat machine and with its activist Left. Kamala never bothered to do things like that because she never had to. California is every bit as corrupt as Chicago, but much less competitive. Kamala got to the Senate because she made the right connections with powerful donors and political bosses without ever learning to connect with voters or the factions whose passion drives turnout.

In California, you don’t need turnout. Just a ‘D’ next to your name and some ballot harvesting.

California donors shelled out millions expecting Kamala to perform like the new Obama without realizing that she lacked the activist base, the preparation, or the black voters. Obama was able to win over black voters from the Clintons because he had invested time and energy into the Chicago black community through radicals like Jeremiah Wright. He dumped his white girlfriend and married Michelle because he was already preparing for a bigger political career.

Meanwhile, Kamala was shacking up in the white estates of Brentwood with her white lawyer entertainment husband and is officially a member of a San Francisco church that’s barely open.

That’s why Obama stole black voters from Hillary (but not after a lot of work and resentment from the black establishment which continued to support the Clintons), but Kamala couldn’t steal black voters from Biden. It’s also why Biden picked her after proving he didn’t need her.

In D.C., Kamala is isolated from her donors and whatever supporters she has back home. And the Democrats who practice hardball politics there are working her over to keep her down. The smear campaigns will depress her poll numbers and the Biden administration will keep handing her thankless roles, like illegal migration, that can only hurt her to make sure she doesn’t run.

None of this is advanced politics, but it says something about Kamala that she can’t handle it.

It also says a great deal about California politics that the state whose donors finance the Democrat campaigns of the country are producing some of the most mediocre political talent around. The state machine replaced Kamala with Alex Padilla, Julian Castro’s presidential campaign was almost as much of a laughingstock as Kamala’s and LA’s Mayor Antonio Villaraigosa, once hailed as the future of the party aimlessly circles politics with nowhere to go. That’s a brighter fate than current Mayor Eric Garcetti who has been shipped off to India.

California Democrats, like Soviet apparatchiks or EU comissars, oversee a corrupt bureaucracy which excels at stealing billions from taxpayers, but lack basic charisma and campaign skills.

If you want someone to allocate billions to build housing for the homeless or light rail that will never exist, or crack down on Christians on behalf of Planned Parenthood, California Democrats are on the job. But if you want competence or at least campaign skills, look elsewhere.

Kamala, like much of this new elite, is vaguely diverse and very ambitious, the product of a black father she hardly knew and an Indian cancer researcher mother, but lacking any real community or meaningful religious connections, inculcated with leftist politics at an early age, she knows all the slogans, but like late-era Communist bosses doesn’t really believe them.

After a long wasted life in politics, Kamala has no religion, no family, and has become the embodiment of the Peter Principle, promoted vastly above her competence, looking at a job that she can almost touch with her manicured hands, but will never be allowed to possess.

The most powerful woman in Washington D.C. is actually the weakest. 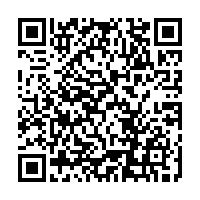