If the old rivalries at least provided some rational justification for this gamesmanship, today we’re holding up a sign reading, “We’re nice. Please don’t kill us.” In theory we’re competing to uphold “moderate” Muslim regimes against the Islamists who would otherwise take over by winning over  Muslim rulers and populations. Somehow this evolved into supporting any Islamists willing to run for public office as a hedge against the really bad Islamists who won’t even stop shooting long enough to rig an election.

Our foreign policy is a debate between the realists who want appeasement, and the lunatics who think the natural outcome of every revolution is socialism, and even when it isn’t (as in the case of Iran) they’ll pretend it is anyway to avoid looking as stupid as they should feel. Of course there’s always a third option. Stop competing. Stop feeding the sense of entitlement of an ideology that still thinks non-Muslims should always defer to Muslims. Stop bowing and scraping to them. Stop giving them weapons, visas and then wondering what happens when the bombs go off.

Once upon a time we competed against each other, today we’re courting one side of the Muslim world’s schizophrenic split personality, against the other side.

We approach the two-headed hound of Islam, and then argue over which head we should pat first, to keep the beast from biting us. It’s all one beast. And feeding scraps to one head or the other won’t win us anything except more bites. The thing to do is to stop feeding the beast and stop believing there’s more than one hound. It’s all one animal. And it hates us. And it will go on hating us. And it will go on biting us as long as we let it. 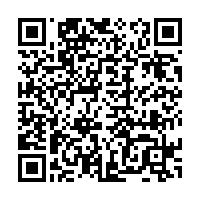