Beit Shemesh extremist Haredim, the ones who libeled Israel last year by spitting on a national religious girl, went crazy Wednesday after police  arrested a Haredi couple for telling a woman to go to back of the bus.

The only injury was Israel’s image, once again blackened by a small but growing number of extremists who have tried to make life miserable for secular and modern Orthodox Jews of the city, west of Jerusalem.

Involuntary gender segregation on public buses is illegal in Israel. Nevertheless, a Haredi couple demanded that a woman passenger move back to the back, prompting a call to police.

The couple was detained, setting off a riot that led to two more arrests of men who blocked a bus from moving. Other rioters smashed the windows of four buses.

One of the drivers told the Hebrew-language Yediot Acharonot’s website, “One of [the Haredim] took out a hammer and began shattering the windows. There were many women and children onboard. I tried to drive forward a little to scare them. After a few seconds they moved and we continued on our way.”

One passenger reported that women and children, on summer vacation, were on the bus as it was being attacked. In December, 2011, a member of a radical Haredi sect, an offshoot of the anti-Zionist Neturei Karta group, spat on a national religious girl for “immodest dress” as she was walking to school. The family, originally from the United States, has since moved out of the city.

The incident set off a massive protest of religious and non-religious Jews, including American-born Rabbi Dov Lipman, who then was a Beit Shemesh councilman and now is a Knesset Member in Yair Lapid’s Yesh Atid party.

However, radical Haredim responded to the protest by throwing stones at city workers removing signs calling for the separation of the sexes on city streets. When Haredi activists put up new signs to replace them, the police who returned to remove them Monday encountered rioting by about 300 Haredi men who threw stones at police and burned trash cans.

Beit Shemesh, with its mixed religious and non-religious population and its mushrooming ultra-Orthodox satellite, Ramat Beit Shemesh, is home to more than 80,000 residents, including hundreds of new immigrant families from North America and Britain.

During the past several years, dozens of Neturei Karta-affiliated families, who could no longer afford Jerusalem’s soaring real estate prices, have moved into a new Beit Shemesh housing complex, adjacent to the neighborhood populated by Orthodox American and British immigrants.

Upon their arrival, the radicals attempted to intimidate both religious and non-religious residents by attempting to impose a strict “dress code” in and around their enclave.

Wednesday’s riot may boomerang against the extremist Haredim and hurt the re-election chances of Beit Shemesh Mayor Rabbi Moshe Abutbul, who is affiliated with the Shas Haredi party. The national religious community is campaigning against him, and the latest  riot will draw more voters to their camp and back a Jewish Home party candidate. 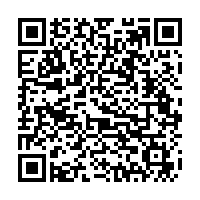