“In the name of Allah, the merciful and compassionate,” Mahmoud Abbas, the Palestinian Authority leader, said, “we would like to welcome Secretary Clinton.”

“Blinken,” someone corrected him.

“Sorry, Blinken,” the 86-year-old Islamic terrorist leader said.
Secretary of State Blinken had to travel thousands of miles away to find a leader even more unpopular and out of it than the one he had left behind at the White House.

That was last year. This year, Abbas got Blinken’s name right and not much else.

After 17 years (and just one election), Abbas has seen a lot of secretaries of state come and go to get their pictures taken with him and then send him a few hundred million dollars.

Last year, Abbas told Blinken that he had “postponed the elections” because of Israel and that the moment he gets his paws on Jerusalem, “we will hold them immediately and without any delay, because ultimately what we’re interested in is to establish democracy throughout Palestine.” This year they can’t be held either because Abbas still doesn’t have Jerusalem.

Since elections won’t be happening anytime soon, a recent poll reveals that 73% of the “Palestinians” occupying the West Bank and Gaza want Abbas to resign.

If elections were somehow held today the Hamas presidential candidate would win 54% of the vote while Abbas would only get 38%. So you can see why there will be no elections.

73% believes that the Koran predicts that Israel will be destroyed, but only 32% believe it will happen in 2022.

Under these circumstances, the last thing the Biden administration wants is democracy for the quarreling foreign Jihadist tribes who invaded Israel over the last few centuries and were rebranded by the name of the European colonists known as the Philistines.

Blinken is fine with Abbas postponing the elections forever because otherwise the terror clans will do what they did the last time that Bush naively allowed elections and vote for Hamas.

And that would be inconvenient because Hamas won’t pretend that they aren’t terrorists.

Four Israelis were murdered last week by a Muslim terrorist attack at a mall in Beersheba.

Despite the terrorist’s ISIS membership, a Hamas spokesman praised “the executor of the heroic operation” and promised more “heroic operations: stabbings, ramming and shooting” like the car and stabbing spree that killed a Rabbi who ran a soup kitchen and two mothers of three children. So much for the claim that Hamas will inhibit the rise of the “extremists” of ISIS.

Palestinian Authority media also hailed Mohammad Ghaleb Abu al-Qi’an, the ISIS terrorist shot and killed by an Israeli bus driver who chased him down on foot, as a “martyr”. If the PA follows its usual “Pay to Slay” policy in this case, it won’t just be financially supporting the usual stable of PLO, Hamas, and Islamic Jihad families, but also an ISIS terrorist’s family.

And that will mean American taxpayers will end up subsidizing ISIS terrorism in Israel as the Biden administration explores ways to bypass the Taylor Force Act’s ban on terror funding.

At a joint press conference with Prime Minister Bennett, Blinken gave a speech mostly blaming Israel for future violence during Passover and Ramadan. That speech was followed by another ISIS attack in which two heavily armed terrorists opened fire on a bus. The Islamic terrorists were taken down by cops who had been eating nearby, but not before they killed two people.

Hamas celebrated the “valor and courage” of the ISIS terrorists as did Islamic Jihad.

Hezbollah, backed by Iran, praised the ISIS attack as an “important and most effective practical response to the infamous and treacherous normalization meetings that some Arab regimes are carrying out with the enemy entity” referring to the anti-Iran summit in Israel with the foreign ministers of Bahrain, UAE, Morocco and Egypt. Iran’s pro-IRGC outlet praised it as a “martyrdom operation”. When it comes to Israel, Iran and ISIS are on the same side. Much as Al Qaeda and Iran were on the same side when it came to the terrorist attacks of September 11.

Blinken meanwhile used the visit to pitch Israelis on a Biden plan to remove the IRGC, Iran’s terror hub, from the list of foreign terrorist organizations, claiming it would be “symbolic”.

He failed to condemn the terrorist attack as an ISIS attack, calling it “senseless” violence.

At his joint press conference with Abbas, Blinken also failed to condemn terrorism or to note that ISIS, with the tacit support of his PLO hosts in Ramallah and of Hamas in Gaza was planting its flag in Israel. Instead Blinken once again condemned Jewish Israeli “settler violence”.

Like Undersecretary of State Victoria Nuland’s previous visit, the formula of Biden administration officials condemning Israeli “settler violence” while promising to “strengthen” the terrorists of the Palestinian Authority is as familiar as it is evil. The Palestinian Authority is an unwanted institution whose leader 73% of the people the dictator rules over want to see out of office.

And 49% want to dissolve the Palestinian Authority.

Considering the decades of failure, misery, and terrorism wrought by the failed Clinton initiative to create a Palestinian state, it’s long past time for everyone to turn the book on this disaster.

Neither Arab Muslims nor Israelis want Abbas or the Palestinian Authority. Only diplomats like Blinken and Nuland insist on keeping the senile tyrant of Ramallah in office until he dies.

In a final statistic, the poll asked who was “most deserving of representing and leading the Palestinian people”. 31% picked Hamas, 29% chose Abbas’ Palestinian Authority, and 33% chose none of the above. 84% believe the PA is corrupt and 70% believe Hamas is dirty.

The “Palestinian people” have spoken. Will Biden listen to them?

The root source of the corruption comes from the hundreds of millions of dollars that Blinken came bearing last year for the regime of a corrupt senile autocrat who didn’t even know whom he was talking to. There’s more money coming this year to prop up the terrorist regime.

All in the name of a peace which doesn’t exist and that the majority of “Palestinians” don’t want.

The United States has gone from using its foreign aid to the Palestinian Authority to prop up PLO, Islamic Jihad and Hamas terrorism against Israel, to subsidizing ISIS terrorism.

Will ISIS be a final red line for the corrupt farce of a two-state solution and a peace process? 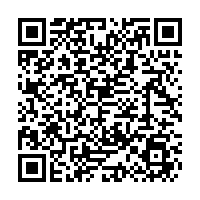