When the left denies this history and instead dresses up its hatred under the guise of humanitarianism, it’s practicing a repugnant lie. When it tries to hide its bigotry by sending out its Jewish collaborators to give a proper face to the whole affair, the lie becomes even more repulsive. The only conclusion to be drawn from these tactics is that the only kind of Jews that the left likes are the kind who turn on their own people.

The endgame on the side of the terrorists and their leftist supporters has never been peace, because peace has been futilely offered innumerable times. Their goal is to indefinitely prolong a conflict  in order to justify their hatred and violence. No one who boycotts Israel wants a specific demand met, what they want is an excuse for unleashing that overpowering hatred that Wagner tried to rationalize by claiming that Jews were incapable of creating true music and that the left rationalizes by claiming that the Jewish State is starving babies. The elaborate explanations are not the content, they are the context, they make the hatred, which is the end, seem like it is only the means to a noble end.

Step one. Impose isolation and degradation on the Jews. Step two. Utopia.

In the Soviet Union, as in the Hebrewless world that Alice Walker, Henning Mankell and Iain Banks would create, the Hebrew language was banned. Possession of a Hebrew dictionary could mean a one-way ticket to a Gulag chock full of the isolation and degradation so prized by the left’s Bankses’.

Hebrew is a subversive language. It has a way of giving people ideas. Particularly Jewish people.

“When my grandfather was about 70 years old, he began to learn Hebrew,” writes a former Refusnik and Prisoner of Zion in the Socialist Motherland. “He studied from a text book that he got hold of somewhere and had a notebook of Hebrew words that he copied from a dictionary. It was only after my grandfather died that I decided to study Hebrew using the books that he had left, partly in his memory and partly out of curiosity.”

That man today is Israel’s Information Minister, which just goes to show you how subversive those strange jumbled Hebraic letters can be. One day you’re studying its peculiar grammar and the next day you’re in a prison camp for asking to emigrate to Israel. And then you’re the information minister of the Zionist Entity while the Socialist Motherland is pawning statues of Lenin and Stalin to the highest bidder.

Perhaps there is something in those inky black lines that passes into the soul. Much as Wagner feared being contaminated by Jewish music, perhaps Walker, Mankell and Banks (experts in litigating Semitic claims and marine navigation) fear some mystic power of the language contaminating their cause, flowing backward from the translation and into their hearts.

Certainly the Hebrew language can be blamed for some of it. The Jewish Anti-Zionist left stubbornly resisted Hebrew, clinging to the Yiddish dialect of German, Russian and Hebrew as the true language of the working class. Today Hebrew is a language with millions of speakers while Yiddish is spoken primarily by Orthodox Jews, whose own resistance to modern Hebrew is breaking down.

The Soviet Union understood that banning Hebrew was a way of banning Jewish identity. Whether Walker, Mankell and Banks (we do broken windows and doors) understand this is debatable, but they have that same Wagnerian “involuntary repellence” when it comes to having their precious books translated into the tongue of Moses, David and Jeremiah. Something about it troubles them, gives them an itch in the back of the head and a tickle in the throat. As much as they know that calling for a boycott of an entire language makes them look like bigoted fools, they just can’t help it.

In 2012, the Jewish Question is still alive and well, and the answer is still isolation and degradation. But the Hebrew language has been degraded and isolated by better than the likes of Walker, Mankell and Banks (dropped clauses a specialty) and after 4,000 years, it is still here. The books written in that language have outlived anything that these three scribblers will ever pen. 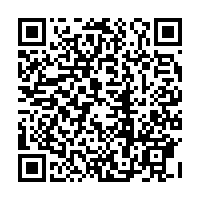