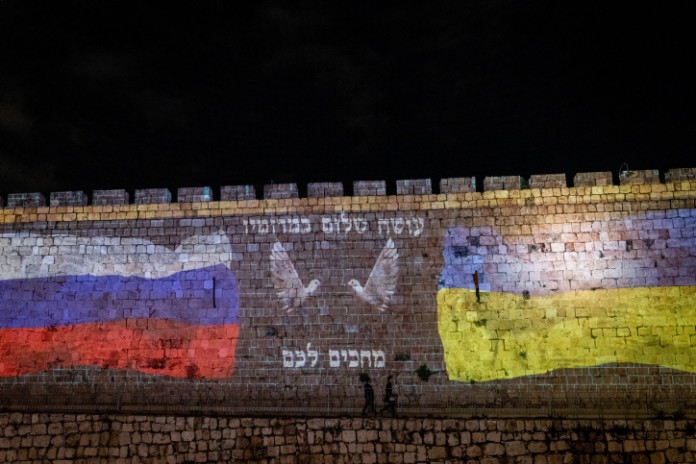 That means Iran is literally financing Islamic terrorism against Israel. And genocide.

Ukraine’s President Zelensky has repeatedly invoked the Holocaust in the influence campaign against the Russian invasion of his country. “What is the point of saying ‘never again’ for 80 years, if the world stays silent when a bomb drops on the same site of Babyn Yar?” he tweeted.

A better question might be why is a country whose people were responsible for much of the killing of Jews at Babi Yar is shamelessly appropriating the Holocaust for its propaganda.

Especially since Ukraine, like Russia, continues to finance the modern genocide of Jews.

During the Holocaust, Ukrainian nationalists participated in large numbers in the massacres of Jews. Including at Babi Yar. Rather than feel any sense of shame for this, Bandera and his thugs, who were responsible for the murder of tens of thousands of Jews, are national heroes and continue to be celebrated in Ukraine. Including by Zelensky.

“Stepan Bandera is a hero for a certain part of Ukrainians, and this is a normal and cool thing. He was one of those who defended the freedom of Ukraine,” Zelensky argued a few years ago.

You can wrap your cause in the Holocaust or celebrate Bandera, but you can’t do both.

“Addressing all the Jews of the world: Don’t you see why this is happening? That is why it is very important that millions of Jews around the world do not remain silent right now,” Zelensky recently demanded in a speech that was helpfully translated into Hebrew by his office.

What is happening in Ukraine is wrong, but it is not genocide. Unlike Nazi Germany and its Ukranian nationalist allies, the Russians are not marching tens of thousands of Ukrainian men, women, and children, stripping them, shooting them, and throwing them into pits. Nor, like Ukraine’s Iranian trading partners, is Russia plotting to drop nuclear bombs on its cities.

Considering the centuries of actual massacres of Jews by Ukrainian national heroes like Bogdan Chmelnitsky, Simon Petlura, and Stepan Bandera, (who have streets and medals named after them) the willingness of Israel to quickly rush aid and provide political support to Ukraine ought to be appreciated. Especially since it’s another wholly one-sided relationship.

Israel voted in support of Ukraine at the UN despite the fact that Ukraine has repeatedly voted against the Jewish State and in support of the terrorists trying to kill Jews.

‘President Zelensky does feel a “special emotion for Israel because his mother is Jewish,” but that feeling has to be reciprocal,” Ambassador Korniychuk was quoted as saying.

Reciprocal? What exactly have Zelensky and Ukraine done for Israel?

Last year, a Ukrainian emissary suggested that if Israel were to provide his country with its defense demands, then it might agree to recognize Jerusalem as Israel’s capital. 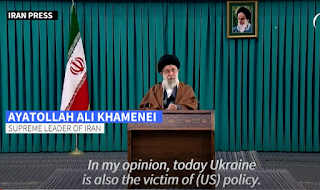 President Zelensky and Ambassador Korniychuk complain that Israel hasn’t been vocal enough in its opposition to Russia. When Israel was at war, how vocal was Zelensky?

When Israel was last under attack, Zelensky tweeted, “The sky of #Israel is strewn with missiles. Some cities are on fire. There are victims. Many wounded. Many human tragedies. It is impossible to look at all this without grief and sorrow. It is necessary to stop the escalation immediately for the sake of people’s lives.” Passive voice. No specific condemnation.

Instead of showing appreciation for the fact that Israel has gone out on a limb to support a country that is not an ally, but has repeatedly opposed Israel at the UN, and has extensive trade ties to Iran, Korniychuk has escalated his demands and tirades against the Jewish State.

Ambassador Korniychuk has repeatedly berated Israel and Israelis for not doing enough. The latest acts of chutzpah include Korniychuk pushing the Israeli High Court to overrule a decision by the Israeli government on accepting Ukrainian migrants without any quotas, and demanding that the Israeli Knesset convene specifically to listen to a Zelensky speech.

President Zelensky is entitled to make the best possible case for his country. Ukraine is suffering from an invasion that threatens its national existence and it’s understandable that its government is frantically trying to push every possible button to avert that catastrophe.

War propaganda is an exchange of lies. And we have witnessed Putin and Ukraine hurl accusations of Nazism at each other when in reality both sides collaborated with the Nazis. Both sides likewise insist that the other is part of a vast conspiracy and their defeat will lead to WWIII.

The cold hard reality is that both sides are spewing as many crazy lies as they can to win a war.

It’s entirely reasonable to sympathize with the Ukrainians who have been invaded.

The Biden administration has chosen to express that sympathy by making it clear that we will not intervene militarily, but will pile on economic sanctions. That’s a move likely to inflict maximum economic pain on Americans with a minimal military impact on Russia. That’s convenient for Biden who can blame Putin for the disastrous economic situation in America without having to risk American casualties and the domestic political fallout from a war.

Israel’s best bet however is to just stay out of a mess that really does not involve it.

Zelensky happens to be of Jewish descent. A number of close allies of Putin also happen to be Jewish. That’s every bit as significant as the fact that both Trump and Clinton’s children have Jewish spouses. Or that China’s only non-Chinese general was General ‘Two Gun’ Cohen.

It’s possible to admire Zelensky’s doggedness in the face of a massive invasion without bowing to him as a moral authority. He’s a very effective advocate for his country. And, like many people of Jewish descent who participate in antisemitic movements, he’s managed to reconcile the conflict by putting Ukraine first and mobilizing his Jewish ancestry in its defense.

Much as Jewish leftists do with Muslim terrorism, or Jewish sympathizers who join far-right movements, Zelensky has puts his ‘Jewishness’ at the service of antisemites. And, unlike his willingness to embrace personal risk during the conflict, there’s little admirable about that.

Ukraine has no historical claim on Israel’s sympathy. And only liberal Jews with no sense of history who know their great-grandparents came from Ukraine, but don’t know why they got the hell out would think otherwise. And there’s certainly no reciprocal alliance worth mentioning.

Putin’s Russia and Ukraine are both close trading partners of Iran. In addition, Russia supplies weapons and support for Iran. Both repeatedly vote against Israel at the UN. Both have an ugly history when it comes to Jews. They’re not allies or friends, they are at best friends of enemies.

Prime Minister Bennett’s foolish attempts at acting as if he can mediate between Russia and Ukraine have done nothing to help either end the conflict or improve Israel’s image.

When Ukrainians were surveyed at the end of last year, 71% said that they did not support either side in the conflict between Israel and Iran. And there’s nothing surprising about that. Different countries with no shared borders, values, or interests don’t have to support each other.

The same is true for Israel in the conflict between Russia and Ukraine. 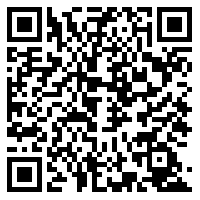