The last time Aaron Sorkin had a high-profile political television show, liberals used it to cope with the decline and fall of the Clinton Presidency and the long winter of the Bush Years. The West Wing was a coping mechanism for the death of a liberal dream, and so is The Newsroom. Both are an escape into fantasy to avoid dealing with the harsh reality.


On an episode of Seinfeld, George is stung by an insult but is unable to think of a retort, so he spends days trying to come up with the perfect comeback, until he finally thinks of it and travels around the country to get the chance to deliver it. The Newsroom, set in the past, and jumping in right before the political balance tilted toward the Republicans in the mid-term elections, is the same thing.

The Newsroom is Sorkin’s sad attempt to win an argument by rewriting history and coming up with all the comebacks that his side couldn’t think of two years ago. It’s the sad and pathetic spectacle of an ideology creating its own fantasy version of its reality in which it won the argument.

Unlike The West Wing, The Newsroom isn’t set in an alternate world in which the universe innately favors liberals. Instead it’s set in an alternate version of the past, in which liberals were smarter and won all the arguments that they ended up losing here. And the existence of The Newsroom is the greatest possible concession that the argument was lost.

There’s no reason for Republicans to look down on The Newsroom. It’s a safer outlet for liberal anger than Occupy Wall Street. It’s a miniature universe in which they are smarter, nobler and better than everyone else. Children have fantasy worlds like that. There’s no reason that liberals shouldn’t. Not only does it give them the security of believing that they really were superior, but it prevents them from learning any useful lessons from their defeat.

It’s never a bad thing when your enemies escape into a delusional state, to a world of their making in which they are in complete control of everything. It makes it more likely that they will cede at least some control over the real world. And it’s not only an admission of defeat, but of emotional and mental fragility. Adults don’t need to build fantasy worlds to escape the effects of their failures on their precious self-esteem. That’s for overgrown children who are used to getting trophies for just showing up.

The Newsroom is the kid that everyone hated losing his race for class president and creating a fantasy world in which he won the election and everyone cheered his obnoxious tantrums. It may not be good for him, but it’s good for us because it means he hasn’t learned to win. All that he’s learned to do is manage the emotional experience of defeat through delusional tantrums of superiority.

Propaganda that tells you that you won, when you actually lost, is corrosive; it inhibits any serious self-evaluation. And without some soul-searching and error-checking, the same mistakes are bound to be repeated over and over again. Seventeen years after the Clinton Presidency was nearly torpedoed by universal health care, his party’s successor, who defeated the woman who shaped the initiative, went down the same road, but with much less caution.

That kind of stupidity would not have been possible if the winners had learned any lessons from the past. But the winners had been living on The West Wing, in which liberal speeches and principles are all it takes to win. Where the good guys never lose, because the scripts are written that way. Rather than living in the real Clinton Years, many of them had been living in the imaginary version. Now, rather than remembering the actual Obama Years, they will remember The Newsroom‘s fictional version of them. And they will make the same mistakes all over again.

HBO, which has invested big in liberal propaganda, knows exactly what it’s doing. At a time when customers are dropping cable, particularly the high-priced packages, it is insulating itself with a built-in audience. Forget MSNBC or Comedy Central with their tantrums against real-life Republicans, on HBO, liberal audiences can go on safe safaris to see experienced liberal great hunters taking potshots at imaginary Republicans. 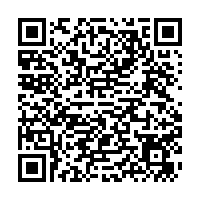