If one wanted to understand the just how mixed-up left-wing Jews really are, this article illustrates a perfect example.

Before you read on, please know that I am not talking about these people on a personal level. They might be very pleasant people, they might be happy people and they might even be more polite than others who call themselves observant. This post is not about their personality, it’s about their ideology and political opinions.


It’s about how people define, or not, their binding loyalty to Judaism beyond bagels and lox. This in no way makes one more of a Jew or less of a Jew, but rather it about their personal connection to the nation they belong to.

The headline should give you all you need to see the embarrassment certain sects of Judaism are causing.

“American Jews against moving the embassy to Jerusalem”

The article explains that the embassy move and recognizing Jerusalem as the capital of Israel is not a political decision to please the Jewish voice, but rather the evangelical voter.

The article then points out that the majority of Jews in America actually oppose the embassy move and the recognition of united Jerusalem as the capital of Israel, whereas the evangelicals, support it, applaud it and lobby for it.

At first, I laughed, but then I realized just how sad and serious the situation is. While I welcome the support of others who do not seek to convert Jews, it is terribly embarrassing that Christians are fighting for our indigenous, religious and national rights to Jerusalem more than Jews are!

Jews who purport to pray for the rebuilding of Jerusalem are now opposing a President’s decision that recognizes our religious, national and historic right to Jerusalem.

Then I realized why this is happening.

When it comes to religious Jews, Jerusalem is the center of our religion. We face it during prayer, we mention it in every prayer and we swear to remember Jerusalem even at the happiest times. We pray, sing and hope that next year Jerusalem will be fully built with the 3rd Mikdash (Temple).

When it comes to (politically) conservative Jews, who might not be observant, their Jewish pride is very strong, and while they might not be observant by choice, they understand our national historic and religious belonging to the Land of Israel and to the City of Jerusalem, and they are willing to stand up and fight for it!

They too are praising Trump’s historic decision.

Then there are ethnic Jews who were born Jewish but unfortunately have no other real or binding connection. Their Jewish identity is bound only by the fact that their mother is Jewish. They often relate to our tradition and Torah as imaginary stories as they have adopt a new age morality over Jewish law.

Jerusalem is nothing more than historical stones and the only time it becomes a religious area is when groups are trying to break from Jewish tradition at the Western Wall. (Yes, even in the Temple the genders were separated during prayer and sacrifice.) They might still be very nice people but they are using the Kotel and a political soapbox and weapon (and no, I don’t agree with the violent behavior of some of the Ultra-Orthodox protesters, thank you for asking.)

When it comes to Israel, it’s usually the same thing. A nice historical place that is great to visit but unrealistic to live in and not really that important.

So, the logical conclusion would be; why not a two-State solution! We don’t need all of it and our enemies false narrative has just as much credibility as our own “imaginary biblical” narrative.

What is this narrative of their?

For them, the Land of Israel is a biblical myth and there is no real importance to it. Talking about a Temple in Jerusalem and praying for the third one to be rebuilt is ridiculous, primitive and extreme in their eyes. They don’t need the Temple and they don’t need Hebron, where the Patriarchs and Matriarchs are buried and the biblical prophecy of Jews resettling the Land of Israel is considered an immoral act of occupation.

For them, the State of Israel is a political tool and not a religious dream, and now that there is no real anti-semitism where they live (or so they imagine), we can once again take the word Zion out of our prayers as was done in Germany before WW2 and substitute it with “Berlin is our Jerusalem.”

Unfortunately, Jews are assimilating at a rate of higher than 50%.

The fact of the matter is that when we let go of our religious identity (I said nothing about observance), we lose everything.

If our source and rights to the Land of Israel do not stem directly and exclusively from the Torah, then it’s all occupation whether it happened in ’48 or ’67.

Yes, we try to work within the confines of the world and organizations like the UN, but do I have trust in either?

Not even a little.

They lost their credibility some 75 years ago as they stood silent for diplomacy while we stood in line to be murdered, gassed and shot. So if I have to choose between world opinion or my Jewish roots, I choose to be a Jew!

Most of the time the two can work fine together and that is, of course, the goal, but when they are on a crash course? I am a proud Jew!

The thing is this, the world is now standing with us! The President of the United States, the leader of the free world, like Koresh in past, has said, “Jerusalem is yours!” So there is no contradiction between the world and our Jewish identity and yet there are those from the tribe who stand against this decision?

Because their ideology no longer stems from Judaism. It stems from a new age religion of, no identity, no definitions and everything goes. It’s no longer about building a bridge between Judaism and the world, it’s about everything revolving around their “modern” ideology.

They have a new ideology and they treat it like a religion. You can clearly see the effect when Jewish law goes against their new ideology and how they brand Judaism as old and outdated. They tell us it’s time to move on to match their new philosophy and it doesn’t matter how immoral it is according to Jewish tradition.

Of course they are against the decision to move the embassy!

Who cares about Judaism and about historical truth. The first commandment of the new religion is diplomacy overall and the way to become a saint in this religion is to accept all narratives no matter if they are completely fabricated and to show compassion to those who actually hate you.

I do not want nice memorial services for 6,000,000 Jews who were murdered, I want respect for over 7,000,000 who have come home and are living in our indigenous land.

Don’t cry over our dead after you stood silent as we were being killed. Learn from your mistakes and stand by us NOW as we are alive and contributing to the world so that you won’t have to apologize to us later.

Trump is doing his part, the evangelicals are doing their part, I call on my Jewish brothers and sisters from around the world, LET’S DO OUR PART! Be proud, be Jewish!

Shalom from the beautiful rolling hills of Judea, Israel!

Jerusalem is the eternal capital City of Israel and the holy city for the Jewish nation! 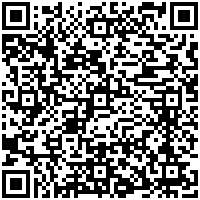