Has Hezbollah, the Iranian-backed terror organization, bitten off more than it can chew in Syria? Could the transnational terror group have fond its own Vietnam in backing Alawite dictator Assad?  Michael Young, writing in Now, makes the case:


Hezbollah’s deepening involvement in the Syrian war is a high-risk venture. Many see this as a mistake by the party, and it may well be. Qusayr will be small change compared to Aleppo, where the rebels are well entrenched and benefit from supply lines leading to Turkey. In the larger regional rivalry between Iran and Turkey, the Turkish army and intelligence services have an interest in helping make things very difficult for Hezbollah and the Syrian army in northern Syria, particularly after the car-bomb attack in Reyhanli in May. (snip)

Hezbollah has entered Syria with no exit strategy. The way in which Hassan Nasrallah framed the intervention indicates that it is open-ended. This will prompt other parties to take actions and decisions they might otherwise have avoided for as long as the Syrian conflict was primarily one between Syrians.

Hezbollah is already a magnet for individuals and groups in Syria keen to take the air out of the region’s leading Shiite political-military organization – or simply to protect their towns and villages. As Qusayr showed, the presence of Hezbollah only induces its enemies to fight twice as hard against the party. As a proxy of Iran, Hezbollah will prompt governments to do the same, and they will see an opportunity to wear down the party and trap it in a grinding, no-win situation.

Playing in the favor of Hezbollah’s enemies is that the party has little latitude to alter its strategy in Syria. It must go all the way, predisposing it to sink ever-deeper into the Syrian quagmire, or until the point where the Syrian regime and pro-regime militias can capture and control territory on their own. That is not easy in a guerrilla war in which rebels have often out-matched the army.

Hez is taking fire from one of its former leaders. From the Jerusalem Post:

“[Hezbollah] is no longer that party that defends the Umma [Islamic nation]; instead it plagues the Umma,” he said.

Tufayli noted that Hezbollah has “provoked the whole world” and started a sectarian war that “opened the door for a ferocious period of sedition.”

The prospect of Iran’s proxy being trapped in terrorist quicksand has a disturbing appeal, especially since the long suffering Syrian population will be the primary victims. The propensity for violence so evident in Islamic world operates internally as well as externally.  If forced to choose between the two, I choose intra-religious strife and peace in the Dar al Harb. Let Hezb’allah send its resources north from the Israeli-Lebanese border and become targets for IEDs and suicide bombers. 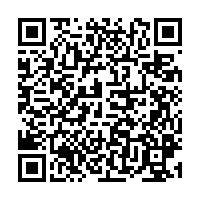