The NY Times asked a strange question on Saturday with an article called “Are Jared and Ivanka Good for the Jews?” The very title of the article is a display of the NY Times bias. Can you imagine the uproar if in Nov. 2010 the Times ran an article titled, “Is Obama Good for the African-Americans?”

The article’s premise is Jews who are pro-Trump likely think the couple is just fine, but to those who anti-Trump, such as Reform and Conservative Jews along with the majority of the New York Times readership (and newsroom), it becomes clear to them that Jared and Ivanka are bad for the Jews.

The piece starts off with a canard proven false many times:

“To some Jews, the couple serves as a bulwark pushing the Trump administration toward pro-Israel policies, most notably the decision to move the U.S. embassy from Tel Aviv to Jerusalem. To many others, they are the wolves in sheep’s clothing, allowing Mr. Trump to brush aside criticism that his words have fueled the uptick in violent attacks against Jews.”

Wolves in sheep’s clothing? I guess the NY Times is saying that those Jews are sneaky.

According to the NY Times, this split within the American Jewish community was caused by the Shabbos massacre at the Tree of Life Synagogue in Pittsburgh

“Mr. Kushner and Ms. Trump serve as senior advisers in the White House. At a time when Judaism is under assault — the F.B.I. said this week that anti-Semitic attacks have increased in each of the last three years — they are unabashedly Orthodox, observing Shabbat each week, walking to an Orthodox Chabad shul near their Kalorama home in Washington, D.C., dropping their children off at Jewish day school and hanging mezuzas on the doors of their West Wing offices.”

Putting politics aside, I for one believe it is “good for the Jews,” for America to see a young politically powerful observant Jewish couple who publicly practices their Jewish faith despite being in the fishbowl of the White House Staff.

The NY Times piece cites left-wing Jews who allege that the president’s converted to Judaism daughter and his Jewish son-in-law are a mere “fig leaf” for the anti-Semites who support the administration.

“(…) Haim Saban, an entertainment magnate and pro-Israel Democrat, is optimistic about Mr. Kushner’s efforts. He said in an interview from his hotel in Israel that although he disagrees with some of Mr. Trump’s policies, ‘Jared and by extension the president understand the importance of the relationship between the U.S. and Israel on multiple levels — security, intelligence, but most of all, shared values’”

Understand the real purpose of this NY Times piece is to push aside Jared and Ivanka Kushner so they could soil President Donald Trump with a label of being an anti-Semite. One of the typical responses to the fake charge Antisemitism charge against Trump is that his daughter, son-in-law, and grandchildren are Jewish.  By labeling them as bad for the Jews it eliminates that response.

My first thought when seeing the headline of the article on Saturday night was how does the NY Times know what’s good for the Jews?

According to the book “Buried by The Times” by Lauren Leff, during the Shoah, The Times mostly placed major stories about the Nazi treatment of European Jews on back pages. In September 1996, The New York Times ran a statement about its Holocaust coverage, saying, “The Times has long been criticized for grossly underplaying the Holocaust while it was taking place. Clippings from the paper show that the criticism is valid.”

Another area where the paper has proven to be “bad for the Jews” is its Israel coverage. The NY Times reporting about Israel has been so biased that the Committee for Accuracy in Middle East Reporting (CAMERA) created a billboard directly across from the windows of The Times newsroom with messages such as, “Hamas attacks Israel not surprising. The NY Times attacks Israel, also not surprising” another example is the one below: 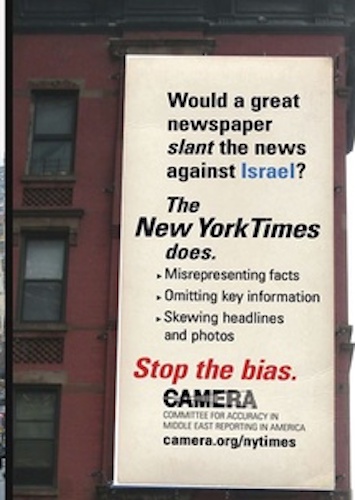 CAMERA gave their reason for posting the billboard:

“Our billboard highlights the newspaper’s habit of misrepresenting facts, omitting key information and skewing headlines, to encourage the newspaper of record to commit itself to its own promise of ethical journalism. The New York Times consistently distorts the truth about Israel — on the news pages and on editorial pages, in the body of the article or in the headline.”

During the eight years of the Obama presidency, the NY Times ignored that president’s Antisemitism which unlike their charges against Trump is all too real. In 2015 its editorial board opined their support of the lousy JCPOA: “Iran Nuclear Deal That Reduces the Chance of War.”

Perhaps their most egregious article on the Iran deal was the paper ran a list of lawmakers who voted against the Iran deal that included the columns “Jewish?” along with State and estimated Jewish population.” Those who represent a district with a larger Jewish population than the U.S. average were singled out with yellow highlights as if to perpetuate the anti-Semitic stereotype of a powerful Jewish lobby. 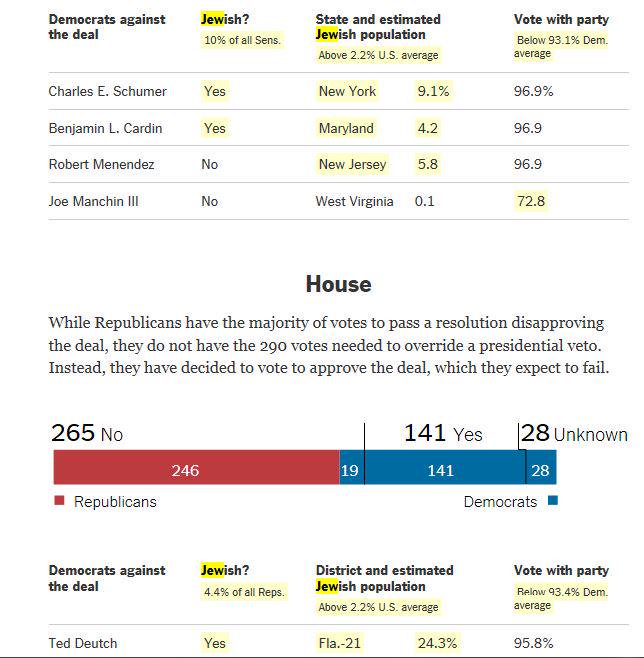 In the end, because of their representation of a modern, publicly observant Jewish family, Jared and Ivanka are good for the Jews. And because of a long history of hiding Jewish and opposing pro-Jewish issues, the New York Times is bad for the Jews.

Perhaps they should worry about their own “house” before they criticize others. 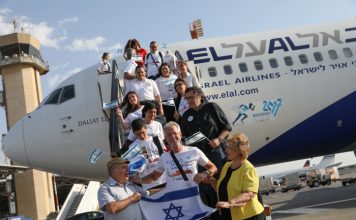 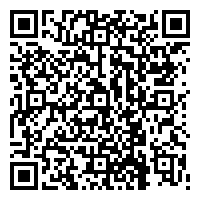